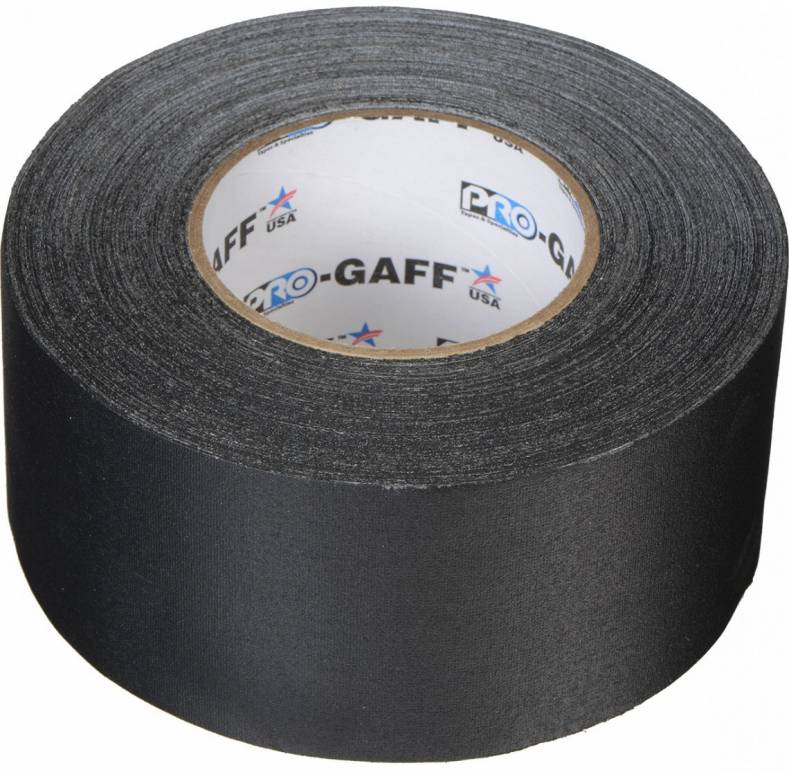 For working personnel on television, audio or live productions, few items are as ubiquitous as gaffer’s tape. This tough, cotton cloth based-tape, sticks on one side and can take writing on the other. It is used by virtually everyone on every set for virtually any purpose.

True Gaffer's tape is available from professional supply houses. Do not expect to find it at your local hardware store. Click to enlarge.

The term “gaffer” came from the film industry, where the chief lighting technician is called a “gaffer.” Before the LED lighting era, gaffers needed lots of tape to secure cables on the set. When the scene wrapped, the gaffer needed to tear down quickly without leaving residue behind. This is where the name originated.

There is usually confusion between gaffer’s and duct tape. The differences are the surface of duct tape shines and the fabric used to make it is coarser. Duct tape’s stronger adhesive and was designed for long term or permanent applications. Removing it leaves a sticky residue. Never mistake duct tape for gaffer’s tape.

The weave of gaffer's tape is much finer. It resists heat and can be removed without damaging the surface. Gaffer’s tape also comes in many colors and difference sizes. The two-inch width black tape is the most popular gaffer’s tape and is overwhelmingly used to secure video, audio and electrical cables. 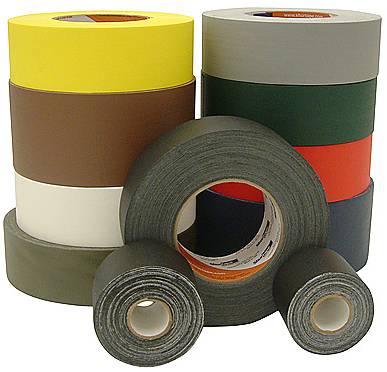 Do not confuse Gaffer's tape with the more common Duct tape. Duct tape is targeted at permanent applications and leaves a sticky residue when removed.

Color or more narrow gaffer’s tape can be used for a range of tasks, including marks on the stage to help actors find their position or green tape for green screen work. White gaffer’s tape is often used for labeling gear. Some gaffer’s tape is used to secure microphone, lighting and other lightweight stands on a stage. Temporary knobs, lens hoods and bounce cards have been made with gaffer’s tape.

One of the tricks today is ensuring you get genuine gaffer’s tape. The real thing is water resistant and has a shelf life of about a year before the adhesive begins to lose its effectiveness. But, as with other types of professional supplies, there are cheap knockoffs.

Genuine gaffer’s tape is made up of three components: natural rubber, fabric (usually rayon) and a vinyl coating on the fabric to gives it a matte, abrasion resistant finish. Imitation gaffer’s tape sometimes uses a paper, rather than cotton, base. It often lacks a matte finish and is usually made in China.

Like other professional supplies, the best place to purchase gaffer’s tape is from a trusted supplier. It is one of those products that never comes cheap, but knowing you are getting the real thing can save hours of repairing damage to cables, floors and sound stages. 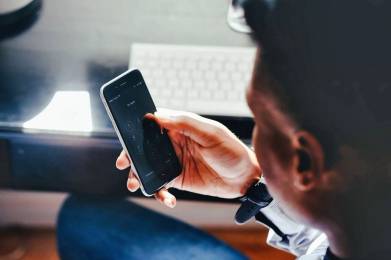 The new Apple iPhone X is an excellent video camera for news and documentary interviews. But creating a very lightweight package around it can be challenging. I took the challenge and here are the results. 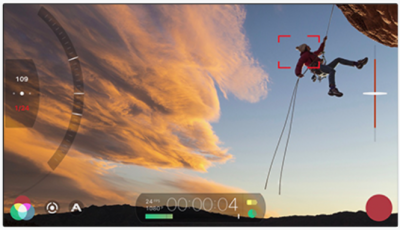 In the five months since The Broadcast Bridge published Frank Beacham’s article discussing Using the iPhone for Professional Video there have been many world events that offered ideal opportunities to cover events with smartphones rather than traditional ENG camcorders. O… 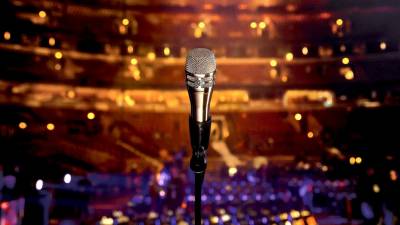 How To Pick The Right Microphone For Recording

There are literally thousands of different microphones available for broadcasting and recording applications. How does one pick the right microphone for a particular sound source? It’s a complex question. Here’s a guide.