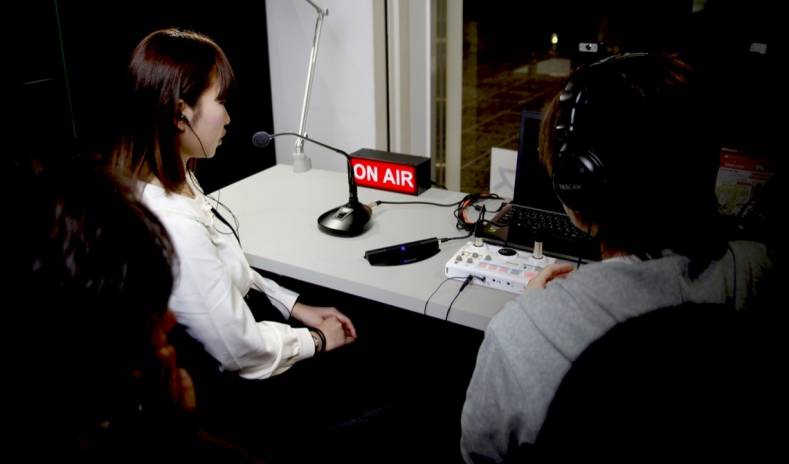 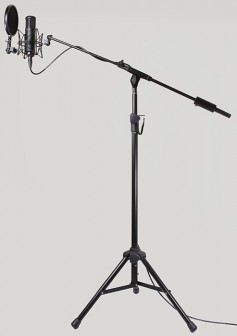 Tascam said the new microphones, along with stands and booms, were designed for talk shows and personal podcasting, as well as recording group interviews.

The TM-90BM boundary condenser microphone was designed to pick-up multiple voices.  Instead of setting up separate microphones for each speaker, the user places one unidirectional (half supercardioid) TM-90BM in the center of the table. It requires 48 volt phantom power.

Only 0.95 inches high, the TM-90BM's flat, compact, sleek black design minimizes its visibility so guests won't be distracted by the presence of a microphone. Yet it can record sources as loud as 140 dB SPL without distorting. A Bass Tilt switch can attenuate bass frequencies for better speech intelligibility, or boost low frequencies when recording music. The TM-90BM comes with a carry case and 9.5 foot cable with XLR connector.

Tascam’s TM-95GN gooseneck electret condenser microphone was designed for podcasts and meetings. The unidirectional (cardioid) TM-95GN comes with a dedicated, stable mic stand with on/off switch, making it easy to position for users. A windscreen is included for reducing vocal noise. It includes a 7.9 foot XLR microphone cable. 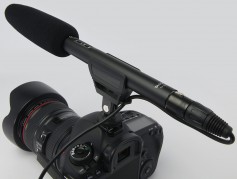 Videographers can capture clear, focused audio from a distance using the new TM-150SG supercardioid shotgun microphone. With the included microphone clip with shoe mount, the mic can be mounted to DSLR cameras. It can handle up to 124 dB SPL, and the included windscreen and built-in low-cut filter aid in cutting outdoor wind noise. It comes with a hard carry case and 5/8-to-3/8-inch mic screw adapter.

The TM-AM stand series starts with the TM-AM1 microphone stand, which includes a counterweight for the stability to support heavier professional microphones. The height of the main pole can be adjusted between 35.4 to 56 inches, and an expandable second boom can be connected to the center shaft, which is especially useful when stand space is limited, such as in a small vocal booth. The second boom's height can be adjusted between 23 and 35.5 inches.

When maximum stability is needed, choose the new TM-AM3 tripod microphone stand. Similar to speaker and camera tripods, the TM-AM3’s main pole height can be adjusted between 45 and 64 inches. A counterweight balances the weight of microphones and prevents the expandable second boom from moving.

All the new gear is now shipping.