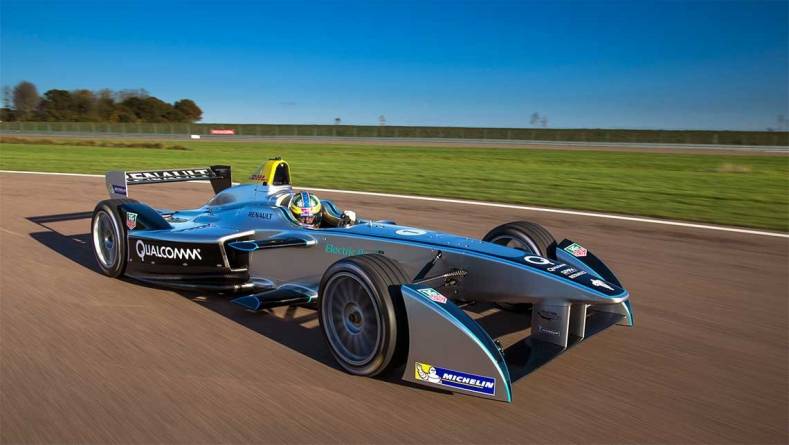 ​Vislink is providing additional on-board cameras for extended coverage of the Formula E championship. The first sight of its coverage will be from the Malaysia race this Sunday 22 November. The on-boards are fitted into the nose cone and rear rain light of each car. These mounting locations are exclusive to the motorsport and provide broadcasters with two previously unseen camera angles.

Due to their unique location, these two on-board cameras will ensure consistent and high footage regardless of the weather, even if the race takes place in monsoon conditions.

Vislink explains that it worked closely with the FIA to ensure these new camera mount positions were crash tested and approved before the Formula E series began. As part of Vislink’s involvement, 40 race cars have been pre-loomed to accept wireless cameras and transmitters. Formula E has the flexibility to make 20 cars ‘live’ at any given time.

“The series is already on the cutting edge of motorsport. Now we’re pushing what’s possible from a broadcast perspective, delivering two new camera angles that are not currently available in any other live racing series,” said Raj Kotecha, On-board Project Director, Vislink.

Vislink’s Gigawave HD on-board camera and H.264 video transmission systems will be used for all races in the fully electric Championship, capturing real-time close up action from the track and pit lanes. The Championship runs through to June 2015.