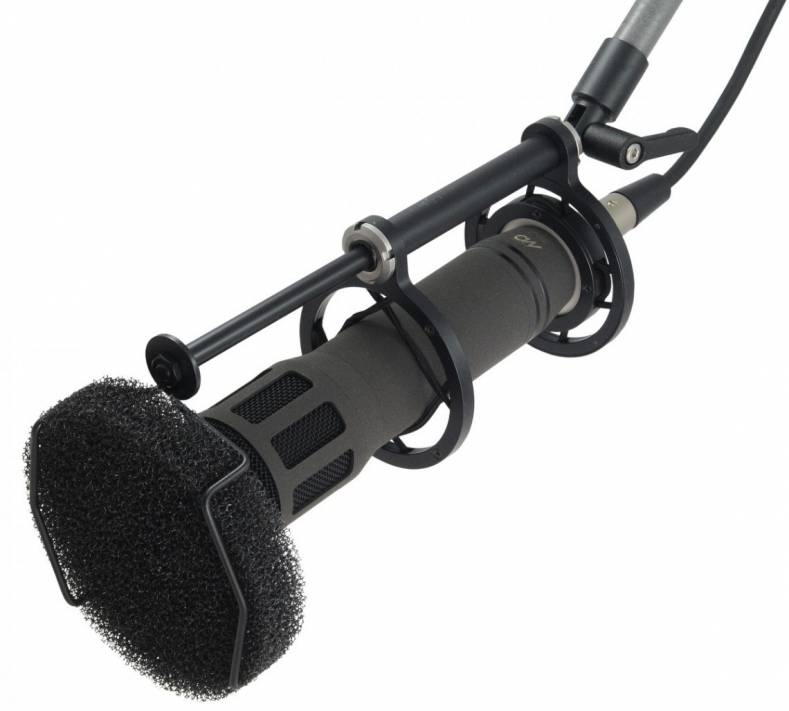 The microphone is an ever-present staple of any trade show and one that is unlikely to fire visitors up with enthusiasm in the same way as digital. IP-connected mixing consoles or 4k/HDR cameras and displays. But the latest batch of new products at IBC illustrated that although the basic concept of the mic has not changed substantially over the years, it is keeping up with the needs of modern production, including smartphone-based reporting, camcorder shooting, digital connectivity and spatial sound for virtual reality.

With non-professional audio devices becoming more a part of broadcast acquisition and production, there is a need for specialist interfaces to ensure good quality from the microphone into whatever kind of recorder is being used. DPA announced its offering for this market, the d:vice MMA-A, earlier in the year and gave it a first European showing at IBC.

This digital audio interfacing unit, which DPA vice president of marketing Anne Berggrein said was small enough to fit in a journalist's pocket, is aimed at reporting and general newsgathering. It was developed in response to the growing trend for reporters to use smartphones not just as audio recorders but video cameras to shoot either breaking news or as a secondary camera to a main broadcast camera.

The d:vice is a two-channel mic preamp and analogue to digital (A-D) converter that is able to work in mono, stereo and dual format. DPA claims it can be used for both recording two mics simultaneously in an interview situation and capturing stereo atmospheres. Berggrein added that it could be mounted on to a support such as the Steadicam Smoothee designed for smartphones and GoPro cameras. "It's a handy solution so you can get great pictures and great sound at the same time," she said. Berggrein hinted there would be a brand new DPA product introduced at the AES in New York (18-20 October). 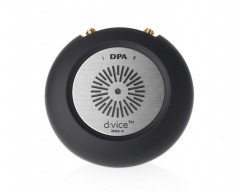 Microtech Gefell introduced its first mic for smartphone reporting in the shape of the SRM 100. This narrow pear-shaped mic is a smaller format to what has become more the norm for broadcast journalists since the long-handled beyerdynamic M58 came out in the late 1980s. The SRM 100 is a digital dynamic device with an omni-directional pick-up and a high dynamic range. It can work with a range of operating systems - iOS, Android and Windows - devices, although compatibility depends on the cables and OS used.

Also new from Microtech Geffell was the MD 300 dynamic cardioid broadcast mic. This features a frequency response of 50 to 16,000Hz and is said to be optimised for intelligibility. The mic capsule is housed in an internal elastic suspension mount designed to reduce any handling noise. In addition to the new mics, Microtech Gefell launched a microphone support system, the ProBoom Ultima with two arms for roundtable discussion programmes, and the TruePhantom power supply, which is designed to lower the THD (Total Harmonic Distortion) of condenser mics.

Narration is a major part of broadcast audio production. Documentaries are a primary application but the number of reality and talent shows now having some form of voice-over broadens the demand for mics that are designed for high quality vocal reproduction. Sanken has introduced the CU-41R cardioid for both voice work and high resolution music recording. Featuring a flat frequency response up to 30Hz, it has a constant offset between on axis (0 degree) and angles up to 135-degrees, which is claimed to make it particularly suited to use by narrators.

Sanken also launched two on-camera mics. The CS-05 is an ultra-short shotgun at 103mm, while the longer CMS-50 (149mm) is a MS (mid-side) stereo mic aimed at ambient and atmospheres recording. The CMS-05 is a cardioid designed for cameras with short lenses and can also be used on boom poles for small studio drama work. The CMS-50 has mid and side component outputs, which are used to constitute a stereo feed that can be used for both pre-production and post-production. It offers both cardioid and figure-of-eight patterns and is aimed at field sports production, filmmaking and classical music recording.

RØDE Microphones established itself through microphones for USB broadcasting/podcasting and on-camera applications. The second of these was the main focus for the Australian manufacturer, which was exhibiting at IBC through its UK distributor HHB. The Videomic Pro+ made its European debut, featuring automatic power functionality, a rechargeable battery and digital switching. 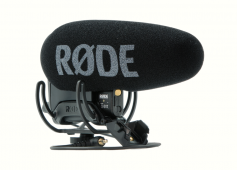 This new product builds on RØDE's established on-camera model, the Videdomic Pro, and, in the words of senior sales manager Ryan Burke, packs in a "whole bunch of features into the a small array". The digital switching includes a two-stage high pass filter for reducing rumble and other low frequencies; three-stage gain control plus a +20dB boost for improving audio quality on DSLR and mirrorless cameras; a high frequency boost for greater clarity; and a safety channel to prevent clipping caused by surprise peaks.

Another new product was the RØDELink Performer wireless mic kit. This comprises the TX-M2 condenser mic, RX-DESK desktop receiver and LB-1 rechargeable lithium-ion battery. The Performer is licence free and operates in the 2.4GHz band, with a 128-bit encrypted signal for added security. Burke commented that this new product was compatible with the existing RØDELink Filmmaker and Newsshooter wireless kits.

HHB is now exclusive distributor in the UK and Ireland for SoundField, which was bought by RØDE parent group Freedman Electronics last year. The distribution deal covers SoundField's Ambisonic spatial audio microphones, plus supporting software and capture systems. RØDE has already produced an immersive audio version of its on-camera models, the Videomic SoundField, and there is more to come. Burke told Broadcast Bridge there would be greater integration between RØDE and SoundField in the future, with new RØDE-branded Ambisonics products based on software, including de-noising functionality, available round the middle of 2018.

Once at the audiophile, high-end of sound recording and production, Ambisonics is becoming a more mainstream technology. One reason for this is the growing need for immsersive audio to accompany virtual reality and 360 video productions. Sennheiser moved into the spatial mic market with the AMBEO and during IBC announced a new series of collaborations to further develop this field.

Sennheiser also introduced the Handmic Digital and the MKE 2 action mic for the GoPro Hero4.

Proving that microphones shouldn't be overlooked, more new models and innovations are likely from AES New York and beyond.