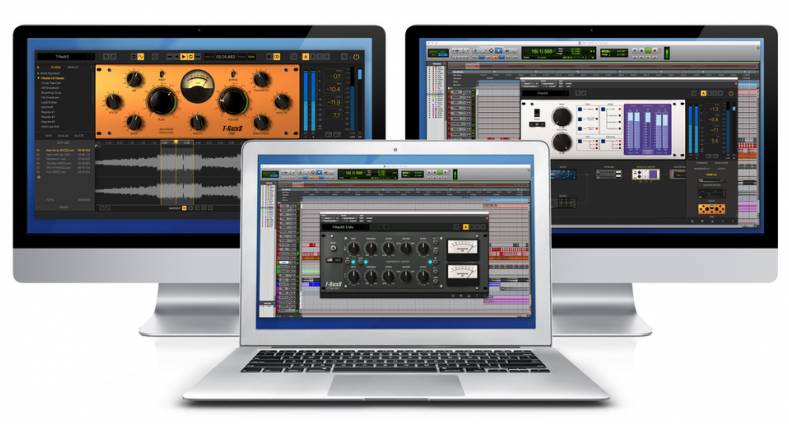 IK Multimedia has introduced T-RackS 5, the latest version of its mixing and mastering system for Macintosh and PCs.

Since its creation in 1999, T-RackS has been a key IK Multimedia product. Now, T-RackS 5 upgrades the mixing and mastering system with four new processors for a total of 38 modules on a flexible 16 processor series/parallel chain.

The upgrade has a new audio engine that now supports audio up to 192kHz/32 bit floating point, a broadcast-ready professional metering section, a redesigned, resizable interface as well as an album assembly section with multi-format export.

T-RackS 5 is flexible enough to fit into almost any digital audio production workflow. It can be used in standalone mode but can also be run as a plug-in suite. The latter mode offers nearly all the standalone mode features within the environment of a DAW. All T-RackS processors can also be used individually as plug-ins within a DAW.

The new audio engine offers four dithering options to choose from, and an internal resampling engine offers an additional layer of protection against inter-sample peaks and overshoots. With the mastering tools, it’s now possible to assemble a full-length production directly within the software interface and then export single high quality master audio files or the whole project in various formats such as WAV, AIF and standard DDP image for replication or Wav Cue files.

A free Custom Shop version of T-Racks — T-RackS CS — allows users to pick and choose their modules. There are three paid versions: the basic T-RackS version features nine modules for $99, deluxe includes 22 modules for $199.99, while MAX includes all 38 modules for $329.99.