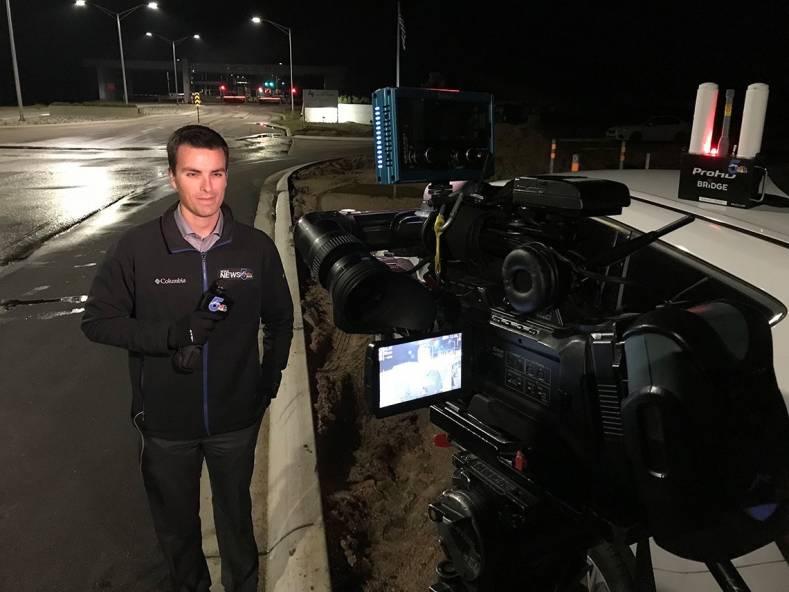 KOAA is using the JVC ProHD Portable Bridge to stream live ENG reports from across its viewing area. 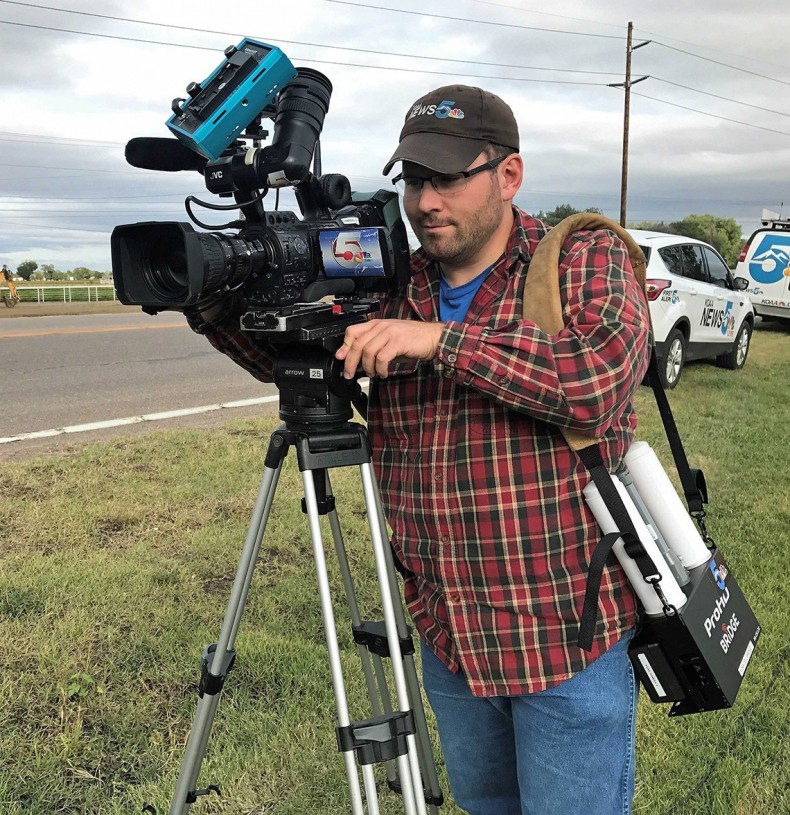 Most of the time, KOAA only uses the ProHD Portable Bridge with one camera, but Henry said the station has streamed live footage from multiple cameras on occasion. “It’s a great advantage to have that capability,” said Henry.

The Portable Bridge also doubles as a secure, high-speed hotspot. He said the Portable Bridge is a “portable office” for the station’s multimedia journalists (MMJ), because it allows them to connect mobile phones and laptops to the internet.

Some KOAA MMJs have found creative ways to use the Portable Bridge to deliver unique footage. For example, they mount a JVC camera on a tripod in the back seat of their vehicle, then shoot weather and traffic coverage through the windshield live from their car while narrating from the driver’s seat.

While Henry is not ready to eliminate the station’s satellite and microwave trucks, he said the Portable Bridge has been a boost for KOAA’s live ENG workflow. “It doesn’t have a monthly operating cost except for the data you use,” he explained. “That was very attractive. And it gives us more tools in our toolbox to use. With all of the functionality benefits wrapped up, in addition to the financial advantages, it just made so much sense for us to go in that direction.”