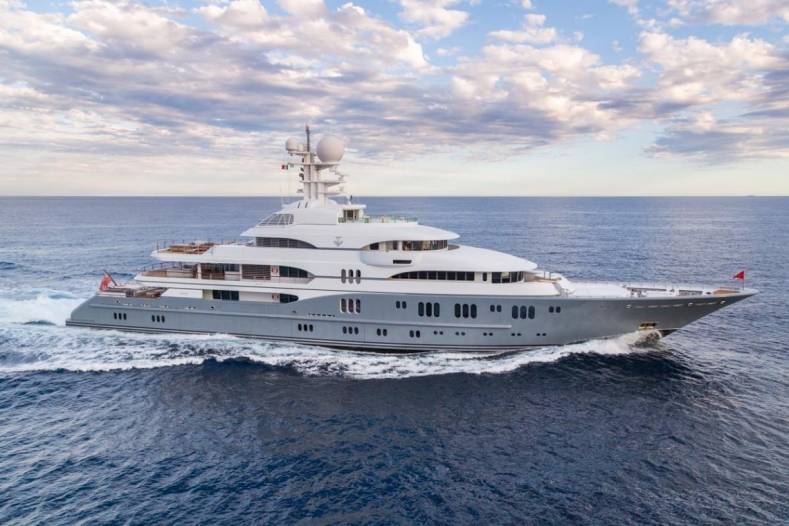 ZeeVee 4K encoders and decoders were recently integrated into a refitted 115m super yacht. For the super yacht refit, top priority was the creation of an AV system with a huge wow factor. The yacht is one of the top twenty in the world, with 105” screens in both the office and the lounge. The super yacht isn't specifically identified to protect the owner's privacy.

The owner wanted an entertainment system able to play any of the hundreds of stored movies or any Sky channels instantly at will. He also conducts his business whilst aboard, so the solution needed first-rate office systems, that were kept completely secure from the entertainment network around the vessel. He turned to Plejd, specialist installers of marine AV based in Sweden, who put Zyper 4K HDMI 2.0 at the centre of their solution.

For one of the world’s top private yachts, only the best was good enough. The owner wanted the highest possible quality images and instant switching from source to source. Content had to be able to follow him from screen-to-screen as he moved around the vessel. The vessel needed two separate networks, one for entertainment and one for the office system. The office system had to be able to access content on the entertainment network while remaining entirely secure.

ZeeVee ZyPer4K HDMI2.0 encoders and decoders combined with Plejd’s unique automation technology has created a pair of AV over IP networks that deliver the highest possible image quality and latency-free switching as well as offering truly unique control possibilities. The system can track users’ indoor physical location and content can follow them from room to room, for example.

The office desk has 8 devices installed feeding two desktop monitors and a 105” Samsung display. Remote KVM switching is available. The office network is connected to the entertainment network which gives the office access to movies and other content but maintains security in the other direction.

The entertainment network initially is centered on a 105” display in the main lounge area and a large screen in the bar. These screens are able to seamlessly access 25 Sky satellite set top boxes, eight 10TB Kaleidescape players hosting hundreds of 4K movies as well as numerous other sources including PCs, gaming consoles, other set top boxes and cameras. Each of these sources has an individual Zyper encoder, allowing each channel or server to be switched instantly through the Plejd app. This app detects the location of the viewer through a Bluetooth beacon, and switches content from screen to screen as he or she moves around the vessel. It also allows users to set up individual preference settings for different situations such as watching a film, dining, having a party etc.

The 39 ZeeVee ZyPer4K AV over IP encoders and decoders connect sources and screens to both the entertainment and the office network providing pixel-for-pixel accurate reproduction of uncompressed content up to 4K 4:4:4 and 10 bit resolution. The decoders automatically scale and adjust HD, Ultra HD and 4K sources to the target display device, so that TV shows, films, computer programs and more can be shown to best advantage on different screens, of different dimensions simultaneously across the super yacht, with zero latency and exceptional image definition. The network is based on 100Gbps Cisco Nexus switches. As the network is extended with further screens in the cabins and other areas, there could be up to 80 Zyper boxes aboard, making it one of the world’s largest floating AV over IP networks.

Commenting, Erik Calissendorff, Plejd founder said “HDMI 2.0 is still very much in the early adoption stages and only supported by certain software. ZeeVee were a natural choice and one of the few companies able to support this technology as well as offer us first class assistance with the installation. Using ZeeVee ZyPer4K I think we have created a good match of AV and IT to provide the best possible solution for our customer.”

Geoff Bromilow, ETO 115m Super Yacht said “The Plejd system has proved itself to be head and shoulders above any other entertainment and control system available on the market. It’s stable and reliable requiring a fraction of the maintenance of other systems.”