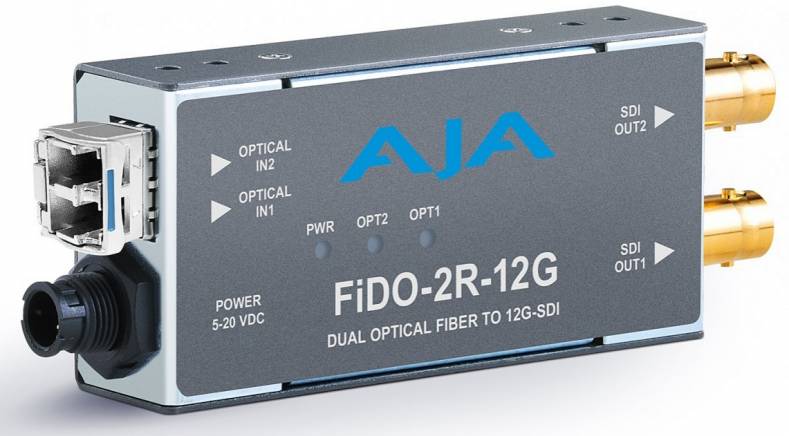 An extension of AJA’s FiDO (Fiber Digital Optical) family of SDI/Optical Fiber converters, the new transceiver, transmitters and receivers meet relevant SMPTE specifications, and are built with a compact enclosure to fit into racks, OB trucks or studios.