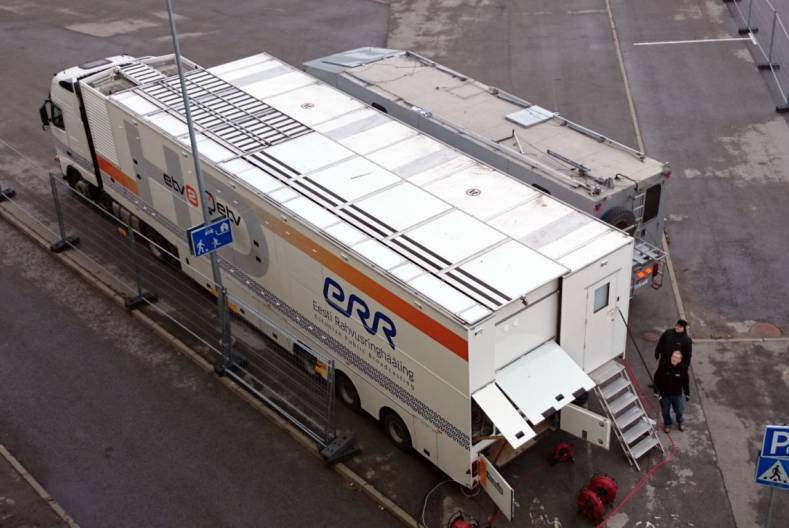 Estonia public broadcaster ERR recently went live with a new Virtual Studio Manager (VSM) from L-S-B. The system was installed in their OB IRIS truck, which was used to cover the UEFA qualifying match between Estonia and England.

L-S-B’s core product is the IP-based Virtual Studio Manager (VSM), a universal control system. As a single-source solution, VSM works independently of any single manufacturer or device and thus represents a flexible and powerful answer to technical challenges of production and broadcasting. 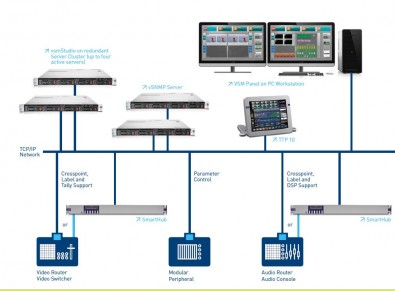 VSM seamlessly integrates with the majority of today’s broadcast devices.

The L-S-B VSM is completely user-configurable, allowing engineers to prepare and manage production configurations both on and off line. These pre-set configurations can then be instantly recalled from system memory or USB at a push of a button. This flexibility greatly reduces the time required for on-site setup and staff training and is especially valuable for remote broadcasts where set-up times are often shortand there’s no room for error.

As Host Broadcaster for the Estonia/England game, ERR required that most of the event’s cameras be routed through the broadcaster’s facilities. However, that meant the network’s staff had to deal with many additional signals along with their current workload.

With the addition of VSM, the network was able to fully utilize their existing infrastructure, while not limiting other on-going productions. The staff was able continue with their current project workflows while simultaneously the game was supported with new flexibility provided by the VSM.

The technical solution and installation required a combination of L-S-B’s LCD button panels (LBP Series) working alongside existing Grass Valley control panels. This provided ERR staff with the needed flexibility from the LBP panels while saving costs because the network could keep their existing panels via the VSM interface. 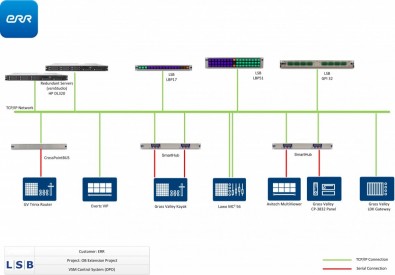 ERR took full advantage of VSM’s available capability by using redundant HP DL320 servers configured in a load balancing cluster. This provided high reliability yet kept both weight and size to a minimum.

The champion-level broadcast required the highest-quality equipment from a range of manufacturers. The connected devices included such vendors as; Evertz, Grass Valley, Lawo and Avitech. The main functionality to control all the production equipment came from the VSM. The devices used included:

Senior engineer in charge Toomas Õigus described the system as “so big with so many possibilities. We couldn’t be happier with the results.”