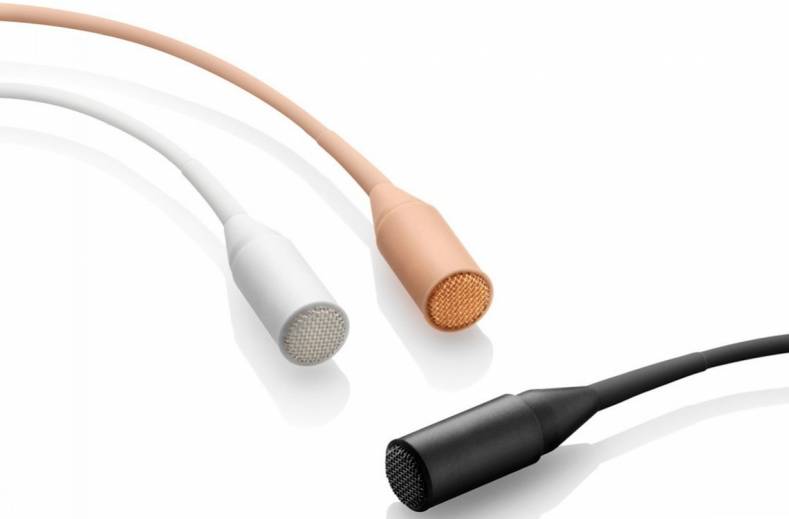 DPA’s d:screet 4071 lavs were used for every scene of the pilot.

NBC’s new comedy “A to Z” used miniature wireless microphones from DPA Microphones to capture audio on the set of its pilot episode as discreetly as possible.

Veteran Sound Mixer Joe Michalski used DPA’s d:screet brand 4071 miniature lavaliere microphones during filming of the pilot. Typically each set of actors would be shot separately, but for one particular scene the crew was running out of natural daylight, so a different approach needed to be taken. DPA’s d:screet 4071 lavalier mics were employed during several multi-actor, dialog-heavy pilot scenes to get the job done.

“The director (Michael Patrick Jann) decided to shoot both portions at the same time, with two side-by-side cameras pointed 180 degrees from one another,” says Michalski. “Instead of using a traditional booming setup for this shot, I mic'd all four actors with the d:screet 4071 lavalieres, which allowed me to perfectly isolate all four voices in the recording. Everyone thought they were going to have to go back for ADR, but when I played back the audio, the director and producer were pleasantly surprised to have two completely separate sets of dialogue.”

Michalski made sure to mic the actors with d:screet 4071s for every scene, which further ensured that the production team would always have a backup to the boomed audio. This proved especially useful during the closing scene of the pilot episode, which was shot in front of running fountains, a specific request from the director of photography. The fountains created a challenge for the boom operators, as the mics were picking up the sound of the water. It was also difficult to hide the boom operator in the 360-degree scene.

“Everyone was worried that the sound of the fountains would overpower the intimate dialogue of the scene and that they’d certainly have to ADR,” continues Michalski. “This was especially of concern to the actors, who felt it would be hard to recreate the emotional performance in the studio. We again used the d:screet 4071s – this time, we put them as high up on their costumes as possible, pointed directly at their mouths. It really was the perfect solution.”

A to Z follows the lives of Andrew Lofland (Ben Feldman), an employee at an Internet dating site looking for the girl of his dreams, and Zelda Vasco (Cristin Millioti), a no-nonsense lawyer with a rebellious streak, who fall in love after Zelda’s bad experience with the site. With actress Katey Sagal serving as narrator, the show chronicled Andrew and Zelda’s relationship timeline “from A to Z.”

[Editor’s Note: After three episodes, NBC has cancelled the series.]

DPA Microphones is a Professional Audio manufacturer of high-quality condenser microphone solutions for professional applications. Based in Denmark, its products are globally praised for their exceptional clarity and transparency, reliability and “uncolored” and undistorted sound quality.