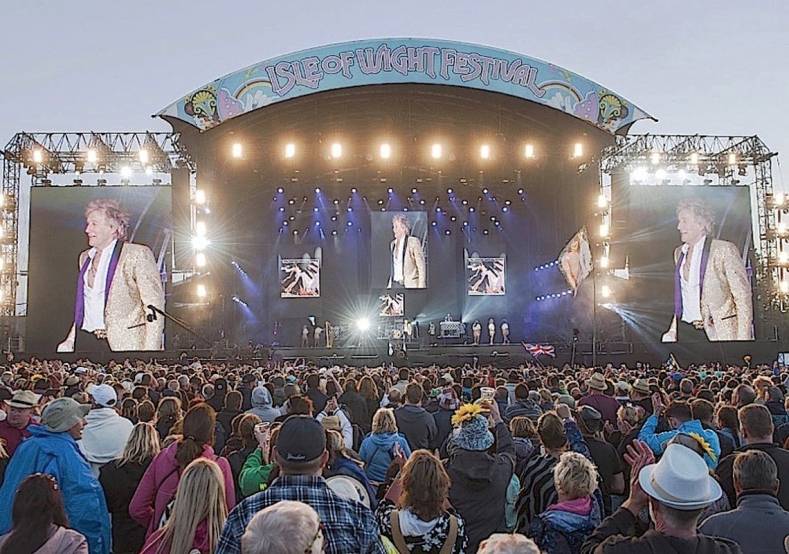 Rod Stewart headlined the Isle Of Wight 2017 Fest this summer

The Isle of Wight Music Festival looked as good as it sounded when CTV and SAM brought it to air in UHD.

Watching this summer’s Isle of Wight music festival was “brilliant”, as our UK friends would say, because it was the first time a major music fest was broadcast live in UHD.

“This was a ‘live/live’ broadcast, and the first time something like 'Isle of Wight’ had been produced in 4K,” began Bill Morris, international business director of CTV Outside Broadcasts. “Since there were two stages going until 2 AM, there was an enormous amount of media to ingest.”

The CTV OB trucks brought multiple Sony HDC4300 cameras to the event, and directorial program cuts for each mix were made in UHD using remote panels of a 6M/E SAM (Snell Advanced Media) Kahuna switcher. That left the main panel of the switcher open to simultaneously produce the live program output. 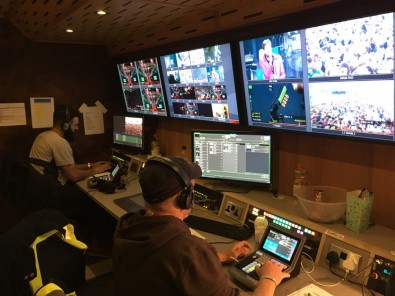 CTV engineers cranked their Kahunas to 11 to handle the flood of media.

“Our greatest challenge was handling of all this media in 4K, editing it in real time, and broadcasting it while we were still ingesting,” Morris said. “We eventually decided to employ three SAM’s LiveTouch 4K production server systems to make this possible.”

The workflow ran from multiple cameras capturing the action on each stage which was then switched on the remote satellite panels of the Kahuna switcher. This feed went into the storage for the LiveTouch server, and from there a team of 4 editors either cut it down in real time, dropped it into storage for later transmission, or, most often, sent it live to air as audio technicians were sweetening the music mix.

“This was not for the faint hearted,” recalled Morris.” 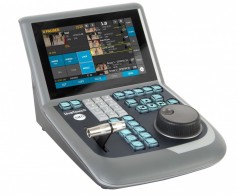 All during the live festival days, graphics, bumpers and stings were created in Adobe Premiere and imported via SAM’s Fileflow transcode and delivery workflow using XAVCi Class 300 codecs wrapped in an MXF container.

“Since this was the first time a live production had been done with a LiveTouch server on this kind of a scale, we received fantastic support from the SAM personnel,” Morris said. “Although it is considered mostly a server system, we were deeply impressed by its editing capabilities and the SAM folks wanted to make sure it fulfilled its promises.”

It quickly became obvious that the LiveTouch systems would be the center of this workflow.

“You have a timeline on which you can stretch or move media around right on the LiveTouch controller, very much like you could on an Adobe Premiere Pro C, Avid Media Composer or Apple’s Final Cut Pro user interface,” Morris said. “Once the editors running the LiveTouch systems became familiar with it, they loved it.”

Of course, the LiveTouch systems did not have all the fancy plug-ins like Boris FX’s Sapphire or Red Giant’s Magic Bullet, but Morris’s team found it served as a powerful halfway house between a server and a full NLE. 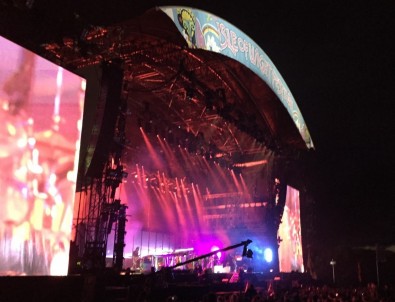 “The biggest worry I had was that these big international bands had approval privileges before their performance went to air,” Morris said. “So we’d take the first and third track of a band’s set, lay the audio off for sweetening in our mobile audio unit using a Calrec mixer, and then replace them on the LiveTouch unit in time for broadcast. This all went on while we were still recording the rest of the band’s set.”

As a result, this “live” 4K broadcast of the Isle of Wight Festival was indeed within minutes of actually being sent out in real time.

“It made for a topsy-turvy day, but LiveTouch served us quite well,” Morris wrapped up, “and we walked away with a flawless show.”