As cellular networks march towards 5G, and gigabit internet and Ethernet speeds have become pedestrian while new H.265 compression does more with less bandwidth, the rising tide benefits all broadcasters. Nowhere on Earth will this be more apparent this late summer than in the exhibits at the upcoming IBC 2017.

Part 1 of this editorial tour of the most relevant IBC exhibits in the categories of cellular and wireless broadcast video links was in alphabetical order, ending with I-MOVIX. This is Part 2 and concludes the tour. 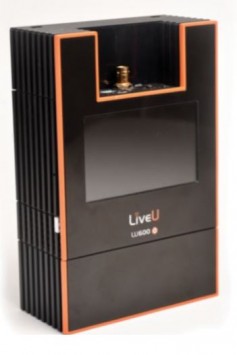 LiveU will have a large presence at IBC and will demonstrate its LU600 portable transmission solution with the HEVC Pro card.

The LU600 reaches new levels of excellence, delivering highest video quality and bitrate, and is set to offer the fastest file transfer, lowest delay and a high-speed bonded Internet connection.

LiveU’s IBC studio set will consist of three cameras to capture live interviews with special on-stage guests. In addition will be two roaming cameras where hosts will interview different exhibitors and showcase their products. Each of these five cameras will be connected to LiveU LU600 HEVC units. The live feeds will transmit back to the BeTerrific production studio in New Jersey where BeTerrific will control the production remotely, switching between feeds, and producing the show in real-time.

The company will also be presenting its Solo cloud production suite of services for cloud graphics insertion providing customers with the ability to send a stream and blend graphics in real-time in the cloud.

The Nimbus WiMi 6220 will be on display at IBC.

South Korean manufacturer Nimbus will show its WiMi series. This low cost H.264-based wireless, 1080p60 video transmitter/receiver offers near zero delay (30~90ms) over Wi-Fi with a range of 900m at a line-of-sight.

Sematron is based in the UK, and will be on show at IBC demonstrating the latest technology for high-quality, real-time delivery and monitoring of video. The exhibit will showcase quick deploy flyaway antenna solutions, and a virtual video router that manages video contribution and distribution within networks. 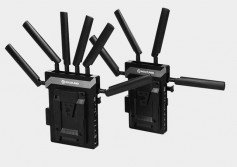 The CVW Cosmo 1500 is a wireless HDMI/SDI transmission system with intercom and tally that can operate at distances up to 1500 feet, with less than 1ms delay and zero compression.

The products work in multiple frequency bands ranging from hundreds of MHz to 60GHz using the best in class protocols such as H.264/5 beam forming technologies. At IBC, the CVW Cosmo series will be highlighted. 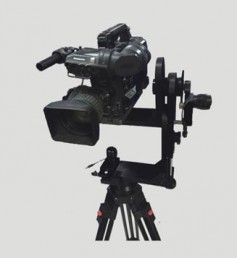 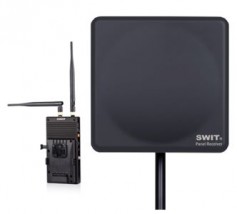 SWIT owns an independent R&D center and has established the graduate workstation in Jiangsu Province. At present, SWIT has more than 40 patents licensed both domestic and abroad. The company has an international distribution network covering about 70 countries and regions all around the world, with more than 300 distributors and dealers.

Wireless transmission for this Tally Technologies outboard tally light is via 868MHz and 915MHz and reliable up to 2 km. The transmitter is connected to the vision mixer either by serial GPI or USB to illuminate LEDs on the receiver.

Tally Technologies is a manufacturer of professional solutions for live video production. The TallyTec Pro solution is controlled by a scalable base system (4 to 64-channels) that easily integrates with existing production environments over serial GPI or USB and transmits tally information to wired (RJ45) and/or wireless receivers. Timecode is also transmitted to wireless receivers enabling cost-in-camera ISO recording capabilities.

The Pro Transmitter base not only takes program but also preview status from switchers enabling the Pro Receivers to display live and preview tally states to the camera operator and talent. This enables camera operators and talent to be visually aware of the camera that is live, or could go live next. TallyTec Converter is a new solution that extracts tally from switchers from Blackmagic Design , Broadcast Pix , NewTek TriCaster and vMix offering GPI out or USB link to the TallyTec Pro system.

ViaLite rack equipment and small-form factor modules can be integrated into existing receiver equipment to convert the signals onto fiber for relay back to production desks.

UK-based ViaLite Communications designs and manufactures RF over fiber links and systems for use in satcom, broadcast, defense, cellular, and GPS. Popular links include: L-Band HTS, Broadcast, VSAT, Satellite IF, Ultra-Wideband and UHF/VHF. Distances: 0-10km, 50km and Long Distance DWDM Link Systems to 600km. RF frequencies to 6 GHz. ViaLite has a Rain Fade Diversity System for Ka-Band, which was a ‘Teleport Technology of the Year’ finalist in the WTA awards.

The links are available as OEM modules or as chassis cards to go in the ViaLiteHD 19” 1U or 3U rack chassis. Support cards/modules include: CWDM/DWDM, SNMP Monitoring and Control, 1:1 redundancy, Splitters, Amplifiers, Digital Data and Ethernet. A comprehensive range of outdoor enclosures are available, including the 25U ODE-D+ with air-conditioning. 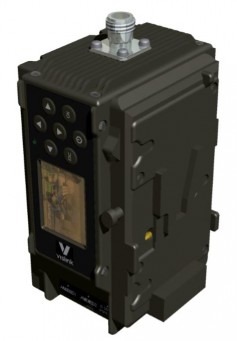 The Vislink Clip-On 4 has one-frame latency and uses H.265 encoding.

Vislink is the trading name of Integrated Microwave Technology Limited (IMT). In early 2017, Vislink was acquired by xG Technology, the parent company of IMT. The combination is a global technology business specializing in the wireless capture, delivery and management of high quality live video for the broadcast and media markets. All relevant IMT solutions will be on display in the Vislink stand. 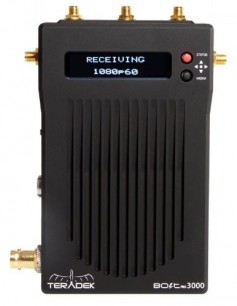 The Teradek Bolt 3000 will be prominently displayed in the Vitec Group stand at IBC.

The Vitec Group brings together some of the most respected and sought-after brands in the industry that help professionals “capture the moment.” In the wireless section of their IBC stand, Vitec will highlight its wireless systems brands Paralinx and Teradek.

Want more information about the latest technology being shown at IBC 2017? Visit The Broadcast Bridge 2017 IBC Channel at this link for up-to-the-minute coverage.

This information is current as of August 30th.