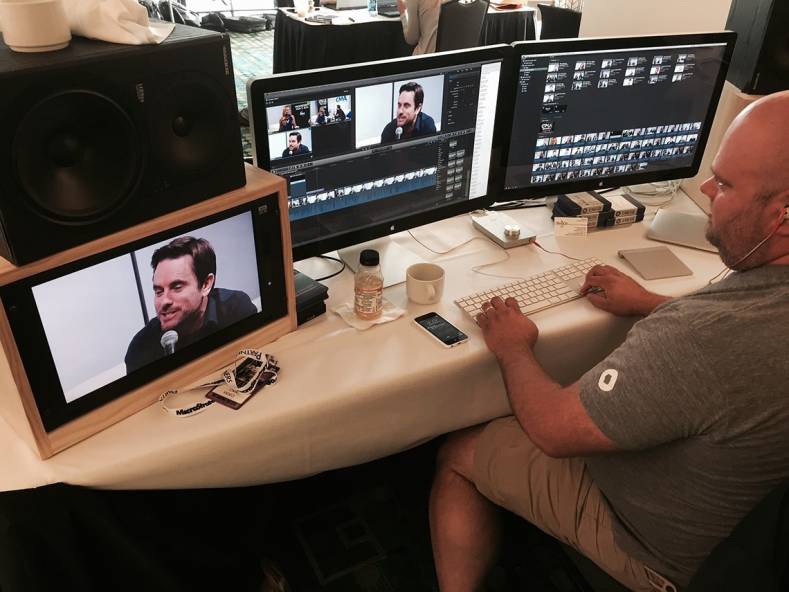 The main goal of CMA Backstage Pass is to give fans an in-depth view into what their favorite celebrities are up to during the show.

The 48th Annual CMA Awards aired live on the ABC Television Network on November 5 in all its fanfare, but the network also streamed backstage interviews live to give viewers with tablets and mobile devices an exclusive look at what’s taking place behind the scenes before and during the live HD telecast.

The show originated from the Bridgestone Arena in Nashville, where mobile production company TNDV handled the production of “CMA Backstage Pass.” This live, multi-camera streaming media experience used 13 HD cameras, enabling viewers to see many angles of the activities off-stage, starting with the Red Carpet from 5pm to 7pm Central Time. From 7pm to 11pm, viewers could switch between cameras backstage, in the main broadcast truck and in the pressroom where the stars appeared after receiving their awards.

“The main goal of CMA Backstage Pass is to give fans an in-depth view into what their favorite celebrities are up to during the show. It also provides an unprecedented look into the behind the scenes workings of a major international awards show,” said Lacey C. Devlin, producer for TNDV and Backstage Pass. “Watching the live broadcast is just one part of the experience fans are searching for. In the age of social media, fans want to know every detail—every inside joke, every off-camera event and other candid moments that make the stars more interesting and relatable.”

This innovative, unique live stream unfolded in real-time, parallel to the main ABC-TV broadcast and let viewers share the experience with others on social media. Viewers got the CMA Awards Backstage Pass by downloading the WatchABC app, available on iOS, Android, and Windows devices.

TNDV has worked with the CMA (Country Music Association) for the past six years, in various capacities. 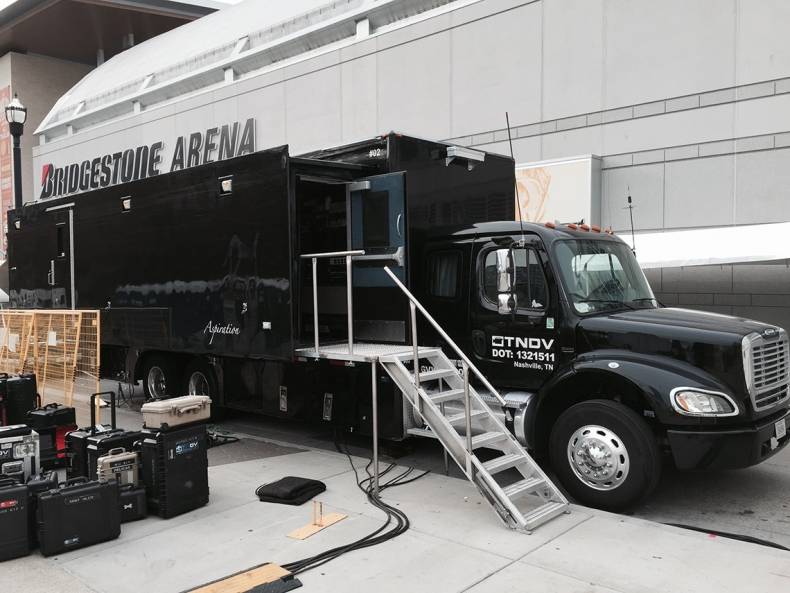 “The two- to three-hour window right before our TV special is the most critical time when viewers are making decisions about what to watch that night,” said Ben Bennett, director of digital strategy at Country Music Association. “The live stream creates a ton of chatter online during those critical hours. The more fans we can get talking about the red carpet and thusly, the CMA Awards, the more chance we have at getting a bigger audience to tune in. The same goes for during the show. The live stream helped drive the social media conversation, and drive more viewers to the ABC broadcast.”

During the festivities, TNDV switched between 13 cameras from its 40-foot HD truck, “Aspiration,” which was parked next to the main broadcast production truck producing the CMA Awards. The CMA Backstage Pass camera inside that main mobile unit allowed viewers to watch the CMA Awards from the perspective of the main truck producing the live show. TNDV also produced special, behind-the-scenes packages to give fans an exclusive look at how the stage was built, the stars’ dressing rooms and how the City of Nashville prepared for the CMA Awards (sometimes called “the biggest night in country music”). 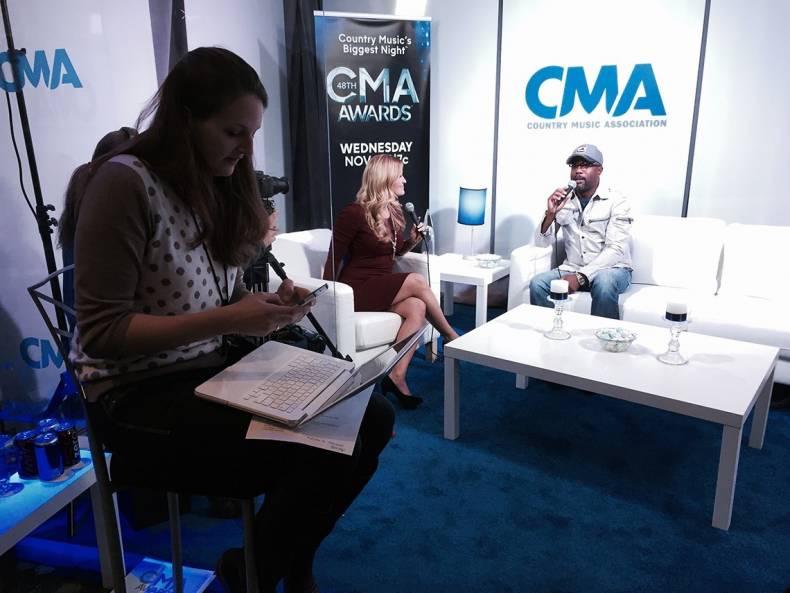 Fans got to watch exclusive interviews from backstage online.

“While TNDV was integrally involved in last year’s second-screen experience, called CMA 360, this year we ‘kicked it up a notch’ by adding more cameras, more talent and more unfettered access to the Red Carpet and candid backstage moments,” said Nic Dugger, owner and president of TNDV. “Our multi-camera webcast, which takes place right alongside the main broadcast, included a 20-member crew, an expanding side HD truck, and a complex single-mode fiber optic infrastructure dedicated solely to Backstage Pass.”