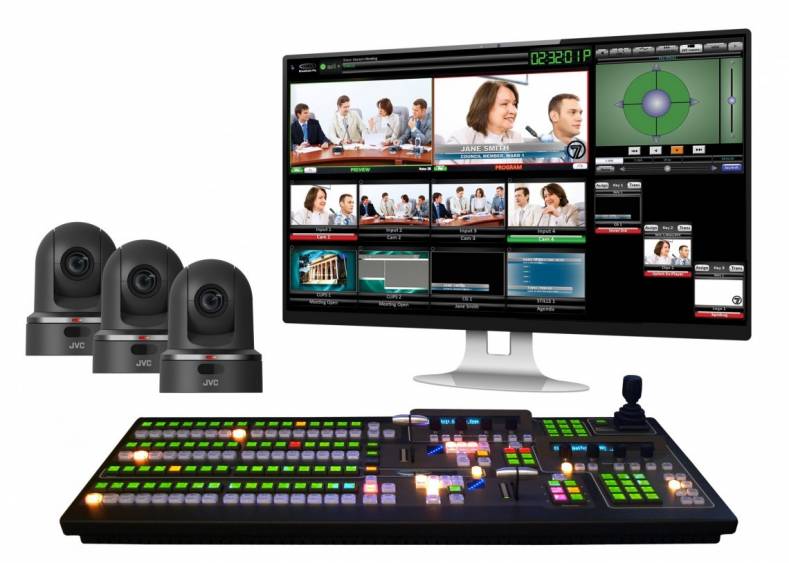 JVC cameras can be controlled using the joystick on any Broadcast Pix control panel. PixButtons, Broadcast Pix’s patented control buttons with dynamic LED displays, provide quick access to up to 100 preset positions, and can set the speed and range of PTZ camera movements.

The cameras can also be controlled via touchscreen using BPview, Broadcast Pix’s customizable multi-view, as well as the Broadcast Pix Commander browser-based interface on a computer or mobile device. With PoE (Power over Ethernet) technology, a single cable powers the KY-PZ100 and delivers IP video and control to a Flint, Roadie, or new BPswitch system.