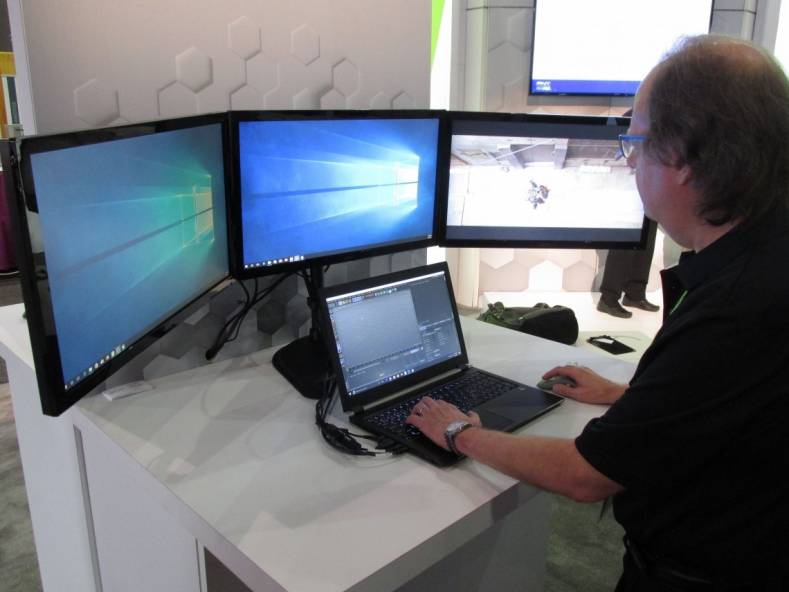 If you can imagine trying to pour 20 gallons of cowboy into a 10 gallon Stetson, you’ll get an idea of what PNY Technologies has accomplished with their amazingly super-charged new PNY PREVAILPRO P4000 and P3000 mobile workstations.

The most awesome of these innocuously skinny titans, the PREVAILPRO P4000 has the power to simultaneously drive four 4K screens because it was designed from the processing power of an NVIDIA Quadro GPU out with Intel Core i7-7700HQ CPU's and the HM175 Express Chipset.

“For years there have been big and bulky mobile workstations with power bricks that would make perfect self defense weapons," Carl Flygare, NVIDIA Quadro and NVS Product Marketing Manager at PNY Technologies, Inc. told me on the floor of SIGGRAPH in the L. A. Convention Center. “But there really wasn’t a thin and light model until NVIDIA broke the barrier with their power efficient Pascal architecture and Quadro graphics. 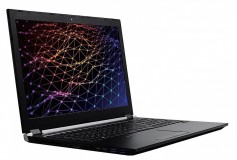 Both of the PREVAILPRO laptops feature a 15.6” 4K UHD display.

The P4000 comes with 8GB of GDDR5 GPU memory, up to 32GB of DDR4 2400MHz DRAM, optional 512GB SSD, HDD available up to 2TB, a comprehensive array of I/O ports, and the latest Wi-Fi and Bluetooth implementations.

And yet, MobileMark 2014 projects that, depending on the usage, the embedded Li polymer battery can reach 5 hours over a lifetime of 1,000 charge/discharge cycles.

You’d think that a system with that kind of internal processing would generate heat causing its fans to make a bit of a racket, but Flygare said these skinny minnies purr away at about 40 db. “That’s about the ambient noise level of a typical library,” he said. “We used copper instead of aluminum and each processor has its own heat sink. We took a very holistic approach to the design of these systems.”

It’s amazing how much editing/processing power PNY has packed into these deceptively slim beauties. But Flygare sees a larger point in their purpose.

“I think the more opportunity people have to do their work outside of an office cubicle, it will let them be more creative,” he said. “With these systems, your complete post process goes with you on location.”