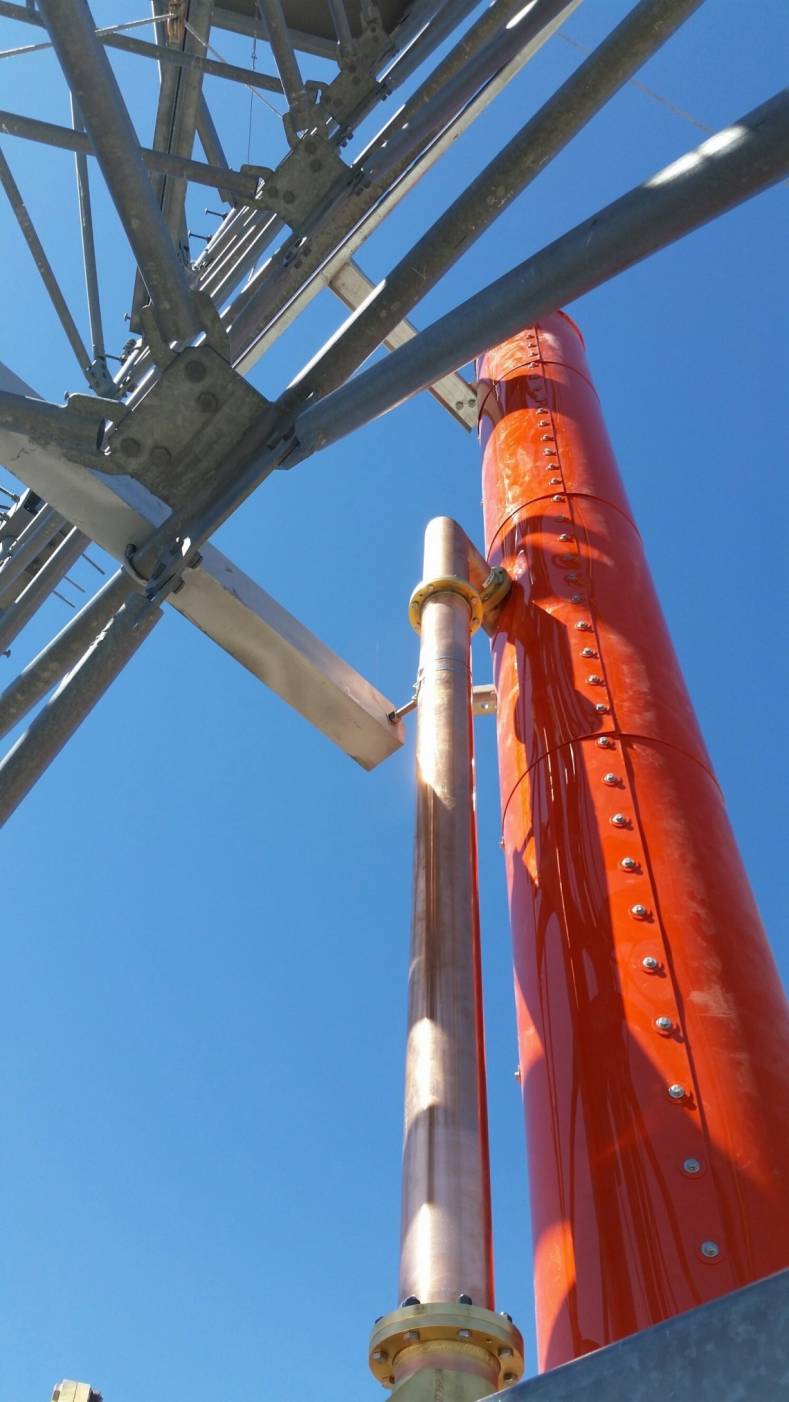 The Dielectric TFU-WB antennas ordered by Raycom are ATSC 3.0-ready.

Dielectric recently announced that Raycom Media placed an order for 29 Dielectric UHF and VHF antennas, tunable RF filters and transmission line to facilitate channel changes for its stations affected by the spectrum repack. Raycom is a major TV station group based in Montgomery, AL that owns or provides services for 65 TV stations and two radio stations in 44 U.S. markets across 20 states. Together, these stations cover 16% of U.S. TV households

Since Dielectric’s TFU-WB antennas provide a higher voltage handling capability and higher peak to average power ratio (PAPR) than competing antennas, Raycom Media is also investing in technology that is capable of broadcasting in the next-generation, IP-based ATSC 3.0 broadcast standard. Post-transition, these antennas can be redeployed in Single Frequency Networks (SFN). In this configuration, several smaller transmitters operate in sync with the main transmitter signal to boost the signal across the coverage area.

TV stations that are subject to the spectrum repack must relocate to their new channel assignments according to the FCC’s 39-month transition schedule. Cognizant of the time-constraints many broadcasters face throughout the repack process, Dielectric has modified its antenna design and manufacturing processes to ensure operational efficiency and accelerated delivery. Dielectric will ship the new antennas to Raycom Media tower sites between September 2017 and February 2020.

“As Dielectric antennas have been broadly installed across our station group, the company had records detailing our stations’ unique antenna patterns,” said Bob Thurber, director of engineering, Raycom Media. “This, along with the level of technical and commercial support we have received, made planning for the repack that much easier. We’re confident that Dielectric will facilitate our complex, multi-station transition and meet the demanding requirements of the spectrum repack.”

Jay Martin, Vice President of Sales for Dielectric, notes that the TFU-WB UHF arrays are especially attractive to broadcasters faced with the challenges and opportunities of channel relocations. With its broadband capability and robust power input of 60kW, the TFU-WB antenna can accommodate multiple channels simultaneously. Many of Raycom Media’s new antennas will serve as auxiliary or interim antennas that keep channels on the air until permanent antennas are in place. These same arrays will serve as standby arrays for future emergency needs.

“We’re extremely pleased that Raycom Media has again demonstrated faith and confidence in our products, service and support. Over many years, our two companies have developed a mutually rewarding relationship based on trust,” said Martin. “Our commitment to Raycom Media is to have their new antenna systems ready to go well before their transition deadlines and to exceed their expectations across all fronts.”