UK Telco TalkTalk has shown that the best way to defend against cord cutting is to start wielding the scissors itself. While many Telcos are growing faster in broadband than IPTV, for TalkTalk it has been the other way round, although with some unusual circumstances common to the UK market. One was the arrival of the YouView hybrid TV platform for which TalkTalk was one of the backers alongside the BBC, BT, DTT infrastructure provider Arqiva and commercial broadcasters ITV, Channel 4 and Channel 5. TalkTalk rather than BT has made the running with YouView since its launch in July 2012, enabling the operator’s broadband customers to access Freeview Free To Air channels over digital terrestrial as well as IPTV services.

The other factor is ironically the indirect fallout from the intensifying competition between two of its long-standing pay TV and broadband rivals, BT and BSkyB. BT’s inroads into Sky’s premium sports fiefdom by acquiring some of the rights to English Premier League football matches, and then stealing all the champions league rights from the 2014/2015 season, has prompted the satellite operator to seek new alliances to retaliate. Now TalkTalk is in league with Sky to do battle with BT and as a result has gained rights to distribute the latter’s sporting content to beef up its portfolio. TalkTalk subscribers can now watch live boxing and wrestling events through Sky Sports Box Office, as well as having access to the main Sky Sports and Sky Movies channels through an extended wholesale agreement. This built on an earlier agreement allowing TalkTalk customers to buy a ‘day pass’ for Sky's sports channels through the latter’s online NOW TV service via the YouView platform.

In a way the alliance with Sky is a two edged sword. It suggest that Sky does not regard TalkTalk as a serious contender, which it certainly has not been so far for pay TV. In broadband though TalkTalk is a clear number four with around 15% of the 23 million UK broadband market, not so far behind Sky and Virgin Media on 20% each, with BT well in front on 31%. Then in TV, after years barely getting off first base, TalkTalk has suddenly hit the rails and has gained the most customers over the last two years, admittedly from a near standing start, to catch up BT on just over 1 million TV subs. Sky is clear number one on about 10.6 million with Virgin Media second on 3.7 million, but these two have virtually run out of growth. BT can actually count 5 million viewers of its sports channels, but this is including Virgin Media subscribers who get them free if they pay for Sky Sports, plus BT’s own premium broadband customers who get the channels bundled in. The actual number of customers subscribing specifically to BT’s pay TV service is just over 1 million and has been rising only slowly.

By contrast TalkTalk added 185,000 subs, around 20% of the total in the second quarter of 2014 alone. What this shows though is that an IPTV operator can play the OTT game of wooing both so called “cord nevers” who have not subscribed to pay TV before, as well as cord cutters unwilling or unable to go on paying for inflated packages, with a low price offer. TalkTalk’s Essentials TV, the basic offer, costs just £8.50 ($13.50) plus line rental, while Sky sports and movies can be added for around £10 more. TalkTalk is scoring by combining affordability with the quality of IPTV and premium live content that few OTT providers can match.

The rapid TV growth has though led to some scaling problems, as Naresh Raj, broadcast systems team leader at TalkTalk Group, admitted. “To deliver our growing range of content to more than a million subscribers, we needed an IPTV headend solution that would increase our encoding efficiency and support future growth,” said Raj. However TalkTalk has addressed the issue by deploying an integrated headend platform from Harmonic, with the latter’s Electra 9200 universal multiservice encoder and ProStream 9100 with ACE stream processor and transcoder.

This will reduce TalkTalk’s capital and operating expenses through greater density and scalability, according to Raj. “Relying on a unified headend from Harmonic, we have the flexibility to support additional subscribers and add more channels as our market requirements change.” 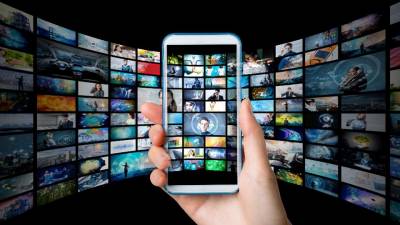