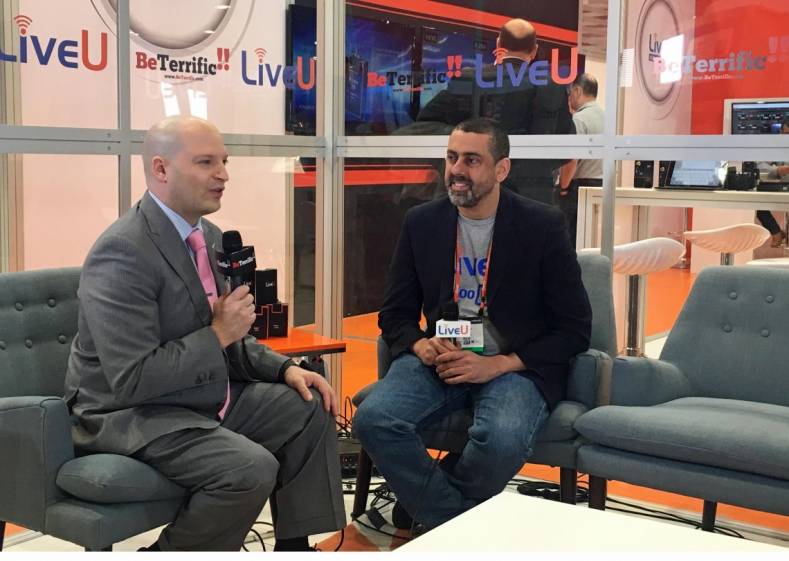 According to LiveU its wireless ‘at-home’ production solution enables broadcasters to reduce costs by producing live shows from a centralised studio control room instead of on-site production and satellite trucks - using their existing technical infrastructure and equipment.

LiveU’s IBC studio set will consist of three cameras to capture live interviews with special guests talking about the latest technology disrupting our industry and how this impacts their business. In addition, there will be two roaming cameras where hosts will interview different exhibitors and showcase their products. Each of these five cameras will be connected to LiveU’s LU600 HEVC units. The live feeds will transmit back to the BeTerrific production studio in New Jersey where they will control the production remotely, switching between feeds, and producing the show in real-time.

LiveU will also feature original programming streamed straight to Facebook Live including a daily interactive show where Artsis will take questions from the home audience. One segment will be all about how the show is being produced and behind the scenes information.

Also on the stand is its live streaming device for the online media market, LiveU Solo.

At IBC, LiveU will be presenting the Solo cloud production suite of services for cloud graphics insertion providing customers with the ability to send a stream and blend graphics in real-time in the cloud.