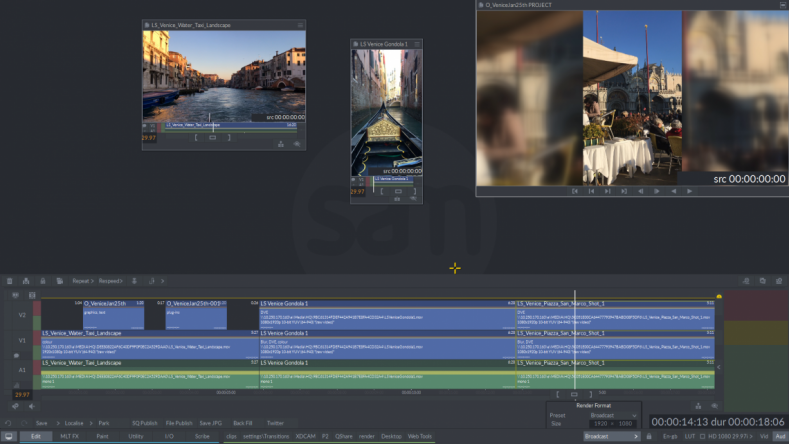 Social media - particularly Tweets - is now a major part of television news. Bulletins link to Twitter feeds and Facebook pages, which also feature coverage and, increasingly, live video of breaking events outside of scheduled programmes. This growing trend is shown at Canadian broadcaster CHEK TV, which is using a specific system to deliver news to social and web outlets alongside its main output.

CHEK, based on Vancouver Island, was Canada's first private broadcaster when it began transmissions in 1956. Organised very much as a community station it is owned by its staff, who produce schedules that mixes news, sport, weather and information-entertainment shows such as Cookin' on the Coast and CHEK Around.

Like all long-standing broadcasters, particularly in news, CHEK has changed and broadened its coverage to suit how its audience is getting its current affairs information. As part of an overall revamp of its newsroom, the station has installed a SAM (Snell Advanced Media) VIBE production chain for delivering packages and reports to social media and associated platforms. This can be expanded to suit changing requirements and is integrated with CHEK's Octopus Newsroom system.

SAM VIBE also works in conjunction with the manufacturer's Go! multi-platform editor, which operates on HTML5 and is designed for preparing social media material. Journalists and producers on location using Go! are able to see files and reports stored on VIBE using a browser.

Commenting on this new aspect to CHEK's newsgathering operations, chief of technology Jason Sokoloski said, "It is very important to us as a broadcaster serving our community that viewers can access our news in a way that suits them, whether that's via a TV screen or a social network. As a small broadcaster we have limited resources, so it makes a huge difference to be able to deliver our content in new ways without having to add additional complexity or staff."