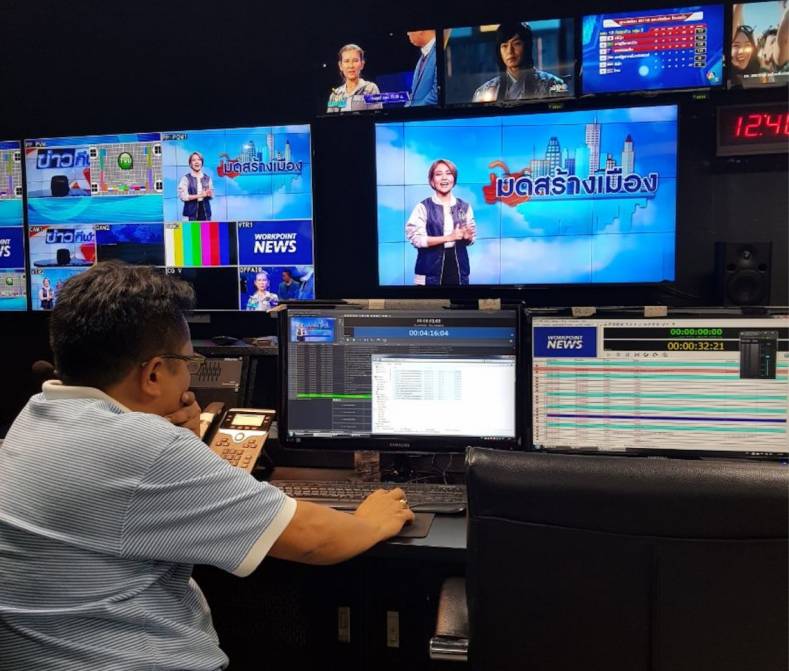 The popularity of PlayBox Technology in Thailand is validated by major upgrades and new AirBox installations at several facilities.

"Workpoint TV selected AirBox as the heart of its playout facility right from the start of test transmissions in 2011," says Apichart Prugtayanon, Project Manager at PlayBox Technology Thailand.

The new AirBox Neo and ProductionAirbox Neo are being used to handle outside broadcast coverage of concert stage events and sport, including live inserts which can be added easily between pre-scheduled events. The entire process from ingest to transmission is in high-definition. ProductionAirBox Neo adds exactly what Workpoint TV needed to provide dynamic coverage of content coming in from auxiliary studios and from events covered by a mobile production team.

Spring News won the license for a terrestrial digital television for news and information channel from NBTC's spectrum auction in 2013.

"We have operated with AirBox as the core of our broadcast playout system for many years," comments Spring News' Director of Engineering & Information Technology Tawatchai Homhual. "AirBox and its various elements form the nucleus of an extremely reliable system. Our operators like the logical and versatile user interface which lets them achieve their goals quickly and easily. The system is very flexible to configure, highly reliable and supported online by PlayBox Technology from its European headquarters as well as here in Bangkok from PlayBox Technology Thailand."

The upgrade moves Spring News forward from standard definition playout on a Windows XP server platform to 1080i high definition, installed at the channel's headquarters in Bangkok and operated from its master control room. Spring News 19 has access to ongoing enhancements to AirBox Neo and all other modules in the Neo product series as these continue to develop. 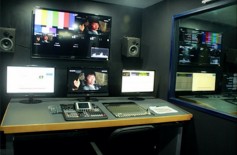 STG serves consumers and advertisers in strong local markets by providing top-rating programs from around the world that fit consumers' needs.

STG Mediaplex is another of Thailand's most active television content providers. STG Mediaplex has chosen a complete AirBox Neo playout and TitleBox graphics generation system for a new high-definition TV channel. The channel will be streamed to viewers via OTT.

"AirBox Neo is easy to operate, versatile and backed by very good technical support from PlayBox Technology Thailand," says STG Mediaplex CEO Jatuphol Suteesathaporn. "The new system is performing excellently and proving very helpful to our business. We already operate three satellite television channels. This new addition offers a variety of Hollywood content on multi-platform devices via broadband mobile networks. It is our first OTT channel and I am confident we will be introducing more."

"We have provided a complete channel-in-a-box solution which streams direct from its IP output to the AIS network," details Apichart Prugtayanon, project manager of PlayBox Technology reseller Central Solution Company Limited. "AirBox Neo enables STG Mediaplex to create and maintain its own channel branding using the TitleBox Neo character generation module and to schedule live or archived content for playout."

"IP streaming has become an important aspect of the broadcast business given the huge popularity of IP-connected television viewing," adds PlayBox Technology president Don Ash. "Our Neo and CloudAir product ranges are equally suitable for terrestrial, satellite and online playout. It is gratifying to see sustained demand for our range of solutions in the APAC region as well as in the EMEA and American markets."