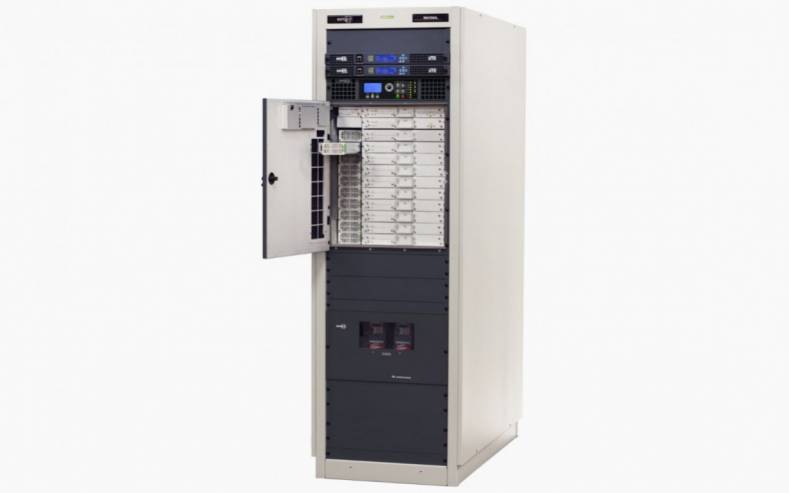 Cordillera is a long-time GatesAir transmitter customer, which played a significant role in its decision to select GatesAir for repack requirements. “We’ve decided to continue with GatesAir transmitters because we’ve had a longstanding relationship with the company,” said Sean Franklin, Vice President of Engineering and Technology for Cordillera Communications. “Their product is solid and their service is great, which is a big deal in our business. Post-sales service is really important, especially in a disruptive environment such as repack. GatesAir’s track record with post-sales service solidified our decision.”

GatesAir has been actively advising and assisting Cordillera since the spectrum auction and repack began. Franklin also visited GatesAir’s Mason, Ohio headquarters, and attended GatesAir workshops, to gain insight into what to expect at each stage of the process. “The entire process is quite complex, and requires careful strategizing to maximize our allotted budgets and timeframe. Our GatesAir representative, David Hopson, has been working closely with us to make sure that the price quotes we get from vendors and the equipment we choose falls within the FCC guidelines for reimbursement.”

“GatesAir engineers have already conducted site surveys of our Lexington and Colorado Springs facilities to determine what repack-related work must be completed in advance of moving to our new channel assignments,” said Franklin. “Once we’ve completed our FCC paperwork, we’ll be finalizing the details for new Maxiva ULXTE liquid-cooled UHF transmitters, XTE exciters, and other RF equipment that GatesAir will supply as part of the turnkey solution.”

Careful strategizing is particularly key for WLEX, which shares a broadcast antenna with WTVQ, the local ABC affiliate owned by Morris Multimedia. During the initial DTV transition, the stations decided to share an antenna with a combiner because they operate on adjacent RF channels. Branded channel 18, WLEX actually transmits on channel 39, while WTVQ transmits on channel 40.

The challenge is that WLEX must relocate its UHF channel in Phase 8 of the FCC transition plan, which spans January 18 through March 13, 2020; while WTVQ moves sooner in Phase 6, which will happen between September 7 and October 18, 2019. The two stations are looking to continue with the same configuration—separate transmitters but a shared antenna on a single tower—following the repack period.

“The biggest challenge for us—and other impacted stations—is to maintain uninterrupted over-the-air service,” said Franklin. “Since we want to switch to the new antenna at the same time, the Morris station is looking into petitioning the Commission to move its channel in Phase 8 instead of 6. We’re also looking into putting up an interim antenna to keep our signal on the air until we can make a clean switch to the permanent antenna. GatesAir has been a valuable resource in weighing our options.”

Cordillera has been working closely with GatesAir to make sure they stay within FCC guidelines for reimbursement, which only covers “like equipment,” comparable to what the station currently has. Nevertheless, Franklin said that his group wants to take the opportunity to future-proof wherever they can. One of the key reasons for choosing GatesAir’s latest Maxiva transmitters and XTE exciters is that these systems are ATSC 3.0-ready, which is on the group’s future roadmap. When the group finally decides that the time is right to begin broadcasting in ATSC 3.0, the latest GatesAir Maxiva transmitters and XTE exciters can become fully ATSC 3.0 operational with a simple field upgrade.

“We value our longstanding relationship with Cordillera Communications and we’re pleased that they continue to have high confidence in the value of our brand for the ongoing spectrum repack transition,” said Joseph Mack, Vice President of Sales/Americas for GatesAir.