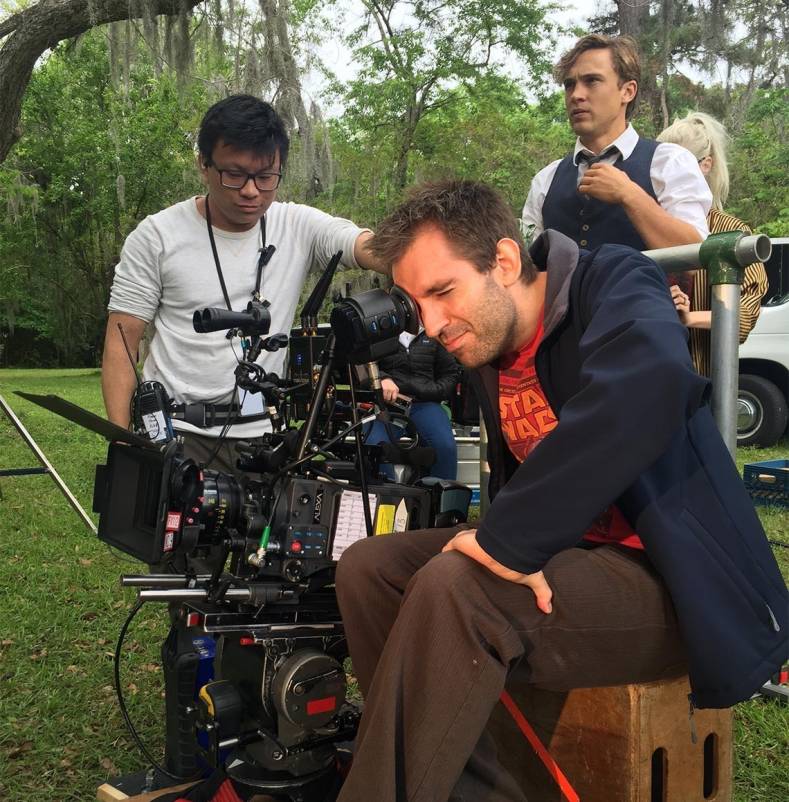 Neil Oseman during production of The Little Mermaid, composing with Cooke 25 mm S4/i and ARRI Alexa. Image by Jonathan Klepfer.

DP Neil Oseman has shot an updated version of the Hans Christian Andersen 1930s period tale, The Little Mermaid.The live-action film is inspired by the classic fairy tale and co-directed by Chris Bouchard and Blake Harris. Book-ended in the present day, The Little Mermaid gave Oseman the opportunity to use Cooke S4/i lenses to their fullest, capturing the look he loves from the fantasy/adventure films of the 1980s and 1990s for The Little Mermaid’s 1930s look.

“Cookes are my ‘go to’ glass for period work - they give you that classy look, and I’ve always been a fan of the 32,” said Oseman. “They’re a great length, give nice wide shots with a little perspective compression and good close-ups. Digital can be a bit harsh, so I paired the Cookes with Soft FX filters to take some of the edge off the digital, which gave me a great creaminess to the skin tones. And the way the focus falls off is much more subtle...more filmic.”

“What I love the most about Cooke lenses is that I can almost forget about them,” he added. “I know it’s going to look great — great skin tones, great focus fall-off — so I can just worry about the day-to-day stuff of lighting on a set.”

“I’ve worked with Chris [Bouchard, co-director] before in the UK on a couple of low-budget fantasy pieces so we’re familiar with each others’ style,” explained Oseman. “Blake Harris, as co-writer [he shares writing credit with Hans Christian Andersen] as well as co-director, knew the story inside out. Initially I worked most closely with Chris on the photography aspects of the film, but despite there being two directors it was a fairly traditional DP/Director relationship.”

In pre-production, a lot of discussion focused on an ocean shore scene: should a set be built, do it green screen, or shoot it for real?

“We decided to shoot the ocean scene for real, with the camera in a splash bag, where the four main characters are in the water at sunrise, going through a five page scene with very emotional dialogue,” explained Oseman. “We shot this scene like a play. For two days, we went from beginning to end, getting five full takes. What made this scene so beautiful was the sun flaring the lens between the characters in frame.” This scene underlined the versatility of the Cooke S4/i 32mm lens, as it was used exclusively for the underwater scenes to save changing lenses.

Oseman also shot some complex and challenging scenes in the circus where the mermaid is exhibited in a freak show. “I had 18K HMIs for big exterior lights with steel blue gels, tungsten as practical lights with Moroccan frost gel and strings of 40 watt bulbs. This gave me a sort of sepia look between the HMIs and the tungstens, with great warmth and colour to the image.”

Oseman’s advice for other DPs that have never used Cooke lenses: “Absolutely test the Cookes — it’s the skin tones and the focus drop off you’ll fall in love with, especially for period pieces.”

The Little Mermaid, starring Shirley MacLaine, Poppy Drayton and Loreto Peralta, is scheduled for release in the second half of 2017. It is a co-production of Kingsway Productions & Conglomerate Media and Florida-based MVP Studios.