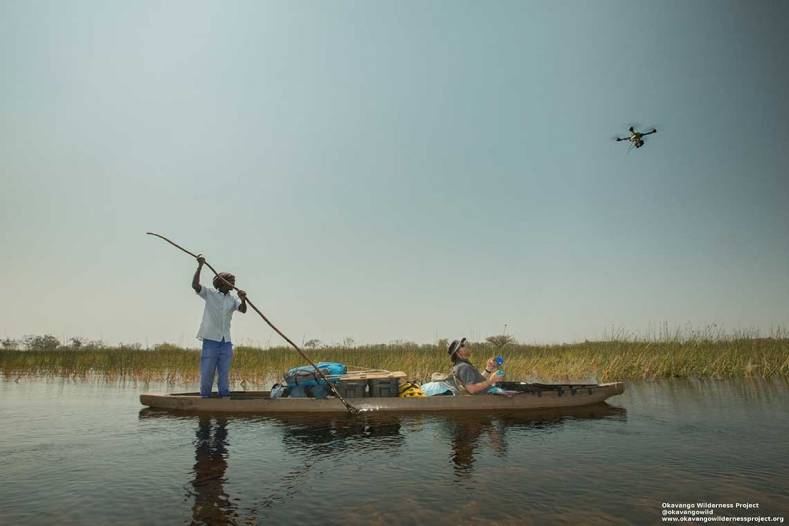 When is a drone not a drone? Answer: When it’s a kite. And as such is not subject to civil aviation laws restricting the aerial flight of untethered drones. This loophole-circumnavigation together with the fact that kite flying doesn’t require a special pilot’s licence could give a new Swiss invention a leash of life in the professional market.

The Fotokite goes on commercial release in Q1 next year and has been gaining a lot of attention because of its novel but not necessarily novelty approach. It tethers a quadcopter using a standard, retractable dog leash while onboard software and sensors are programmed to fly the drone at the same angle in reference to the pilot - effectively hovering at the end of the rope. The effect is a cross between an airborne pet and a Steadicam.

“We took a complex system [a quadcopter] and started removing components to see if we could simplify it,” explains inventor Sergei Lupashin. “The angle of flight is based on onboard sensors alone. There is no radio frequency, no machine vision, no GPS. It's so simple it becomes like a flying pet.”

He adds: “Each country has different regulations and we haven't done the research for CAA [U.S civil aviation authority] yet. However, the current FAA Unmanned Aircraft Systems roadmap explicitly excludes tethered systems from the definition of UAS.”

The total takeoff weight of the Fotokite is 600g. It currently mounts a GoPro though it will support heavier cameras as well. 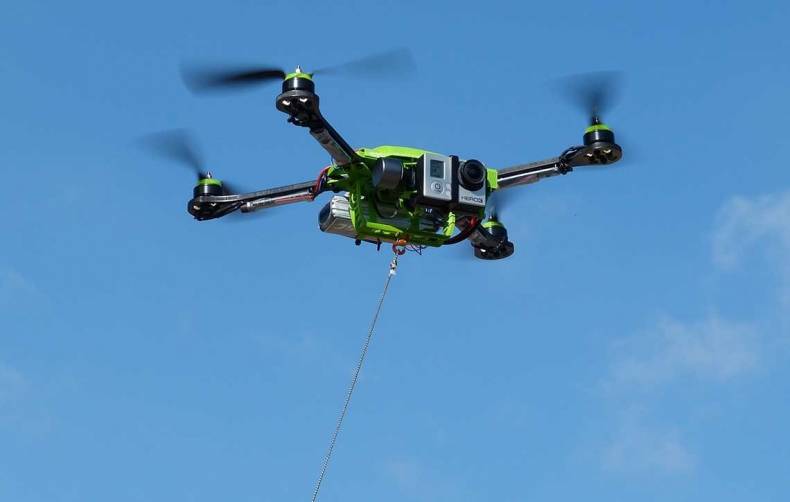 “We’ve run a leash up to 150 meters, which is when we ran out of string,” explains Lupashin. “We use dog leashes for convenience. I think that the main idea is to not go very high, because you want to be close enough to what you’re filming to actually capture detail. What’s been interesting so far is the 0 to 30 metre range. You can imagine if you’re a journalist or an architect or archaeologist, you always have a particular scene that you’re filming. When you want that, you need perspective.

It is latest version a special leash feeds power up to the Fotokite from the ground. “This lets you fly as long as you can provide electricity from a backpack battery — from your car, from the grid, and so on. The range of the live HDMI uncompressed live streaming is 90 metres.”

“The BBC has also used a Fotokite unit to film part of a show,” says Lupashin. “This was a real learning experience, because they weren’t interested in any of the fancy features that we were talking about. For them, they are in the field, it’s rainy, and there’s a group of five people filming badgers or something. They’re filming from 6am to midnight — they’re tired. It’s terrible weather, everyone’s grumpy. So they loved the idea that it’s reliable and super easy to use. And that it’s compact.”

The 'pet-like' familiarity of the tether is also believed to take the anonymity out of aerial surveillance, increasing the chances of its use by solo journalists. Drone photography has traditionally required skill and practice, says Lupashin. He cites a protest pictures taken by a group of Russian journalists using a in 2011. One of the pilots wore a bright orange vest emblazoned with a request that curious onlookers not interrupt the flight and wait until the drones had landed to ask questions.

“This shows just how hard it can be to fly a drone untethered,” he says. “In contrast a tethered drone could eliminate this situation and free up the pilot to engage with their surroundings.”

Lupashin has a PhD from the Swiss Federal Institute in Zurich and is currently doing post-doctoral work with the University of Zurich’s Robotics and Perception Group.

The company is currently fundraising at AngelList