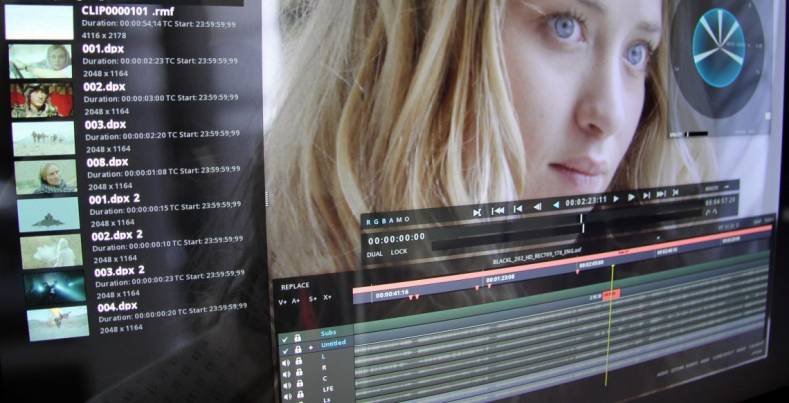 Marquis Technologies can master your IMF file in software and QC it too.

Marquis Technologies’ software is leading the way in IMF mastering and quality control for cinema today, and soon for broadcasters too.

“We had two main points of focus at NAB Show 2017," Laurence Stoll, CEO of Marquis Technologies told The Broadcast Bridge during our exclusive interview from Geneva, Switzerland. “One was MIST for mastering IMF (Interoperable Mastering Format) files and the other was ICE that handles QC for HDR (High Dynamic Range) imagery. It’s all related today to OTT and digital cinema, but we are also moving into the broadcast arena.”

MIST can take an EDL from a conventional NLE, or an XML file from Apple’s Final Cut Pro, and create deliverables in any desired format including DCP, AS-11 DPP, AS-10 AMWA and all standardized IMF applications.

“Then Marquis’ hero reference player, ICE, which has the industry’s largest format support from RAW data to complex DCP and IMF packages, utilizes a combination of validation tools in conjunction with a variety of image and audio scopes to verify the image integrity of the IMF content,” Stoll explained. “Thanks to ICE’s video and audio measuring capabilities, this now includes HDR image parameters for ITU BT2100, along with Dolby Vision, HDR10 and HLG (Hybrid Log-Gamma), and sound field verification to adhere to EBU audio limit requirements.”

The MIST software can run on a Windows workstation, but if you want to keep your central processing power free for other purposes, Marquis Technologies also offers the ability to offload the transcoding to their TORNADO server. TORNADO supports a full range of formats from RAW data to IMF including supplemental packages, and its API permits 3rd party applications to process its automated workflows.

“Both our MIST and ICE systems have validation tools which include Open Source Software called Photon built in,” Stoll said. “Photon is a Java implementation of the SMPTE IMF standard, and Netflix requires Photon compliance for every digital film submitted to it. So you can see the advantage of having Photon included in our MIST and ICE systems.”

Photon includes tools for parsing, interpreting and validating he constituent files that make up an Interoperable Master Package (IMP) which is what the unit that is actually delivered from the IMF.

But there was another significant step forward being displayed at NAB Show 2017 by Marquis Technologies, and though it is a work in progress, Stoll tell us its impact on broadcasters may be very significant.

“We have been working with the EBU (European Broadcast Union) to integrate Apple’s ProRes into IMF,” Stoll said. “This has been in conjunction with the BBC and Apple.”

Currently, broadcasters hesitate to use the benefits of IMF since, due to its digital cinema heritage. IMF has historically been devoted to JPEG2000 source files and broadcasters opt for formats with less compression like Apple’s Pro Res.

“Broadcasters really need the benefits of IMF not just for interchange, but also for its storage savings and for HDR consistency,” Stoll said. “This has not yet been standardized by SMPTE. But since we are the implementation partners in the EBU’s IMF-TV workgroup, with Apple’s support we hope to see some form of Pro Res standardization into IMF by the end of the year.”