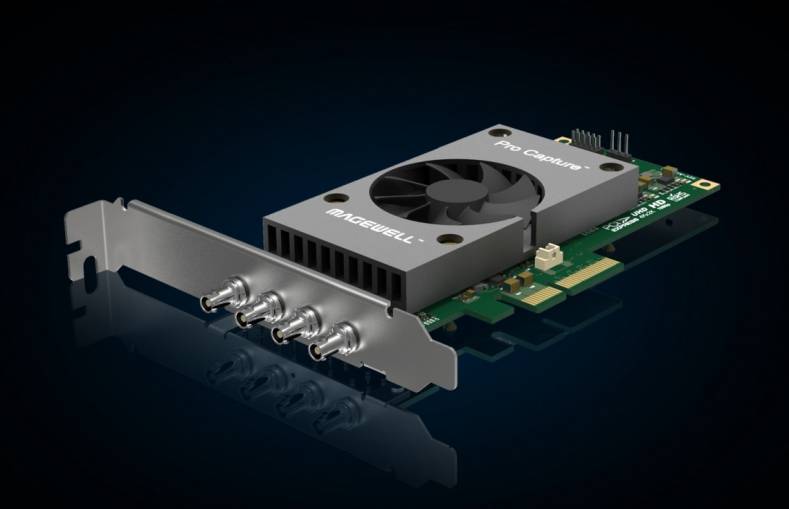 Magewell will debut a powerful new model in its popular Pro Capture family of PCIe video capture cards at the InfoComm 2017 show; which will be held June 14-16 in Orlando, Florida. Capturing 4K video at 60 frames per second over a single-link 12G-SDI, dual-link 6G-SDI or quad-link 3G-SDI connection, the Pro Capture SDI 4K Plus gives users and systems integrators exceptional flexibility in interface standards for 4K signal ingest.

While 4K video workflows continue to proliferate, users are faced with multiple interface standards for getting 4K content into their systems. Single-link, 12Gb/s SDI provides an elegant solution for professional 4K transport, but a very high proportion of existing equipment still requires quad-link or dual-link connectivity. With support for all three methods, the single-channel Pro Capture SDI 4K Plus card offers compatibility with both the latest and earlier 4K architectures and systems. 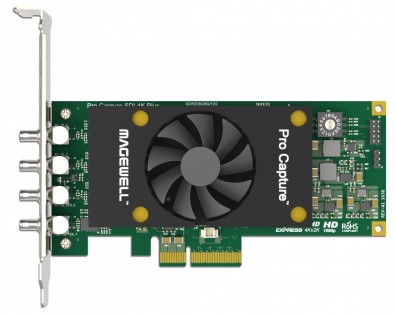 Measuring just 139.7mm by 68.9mm (5.5in by 2.7in), the compact design of the Pro Capture SDI 4K Plus enables it to fit in an extensive array of standard and specialized host system chassis.

Slated for release this summer, the Pro Capture SDI 4K Plus will be featured in booth 821 at InfoComm 2017 alongside other recently-announced Magewell products including the Flex I/O family of PCIe input-output cards and the USB Capture Plus series of external, plug-and-play video capture devices.

"The Pro Capture SDI 4K Plus is designed to give customers the best of all worlds, supporting the infrastructure simplicity of 12G-SDI while providing compatibility with cameras, broadcast systems and production gear that are not capable of single-link 12Gb/s connectivity. This flexibility is particularly valuable for video production professionals whose equipment may vary between projects, and for systems integrators or OEM developers wishing to offer their customers the most versatile, future-proof solutions."