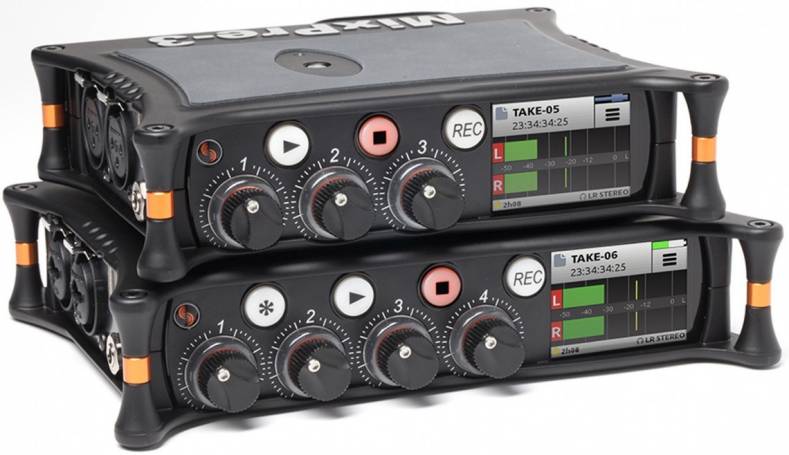 It may be a cliché, but Sound Devices has delivered a Swiss Army knife of an audio product that delivers a high-quality audio mixer, recorder, video camera interface and computer front-end for audio podcasts. With this product, the company has hit a home-run straight out of the ballpark!

Sound Devices is delivering two models — the very compact MixPre-3 ($649) and the slightly larger MixPre-6 ($899). Both models do it all and were designed for a new generation of audio producers who use USB audio streaming but also need a recorder and high quality mixer. The company has specifically targeted both devices for videographers, field audio recordists, sound designers, podcasters and musicians.

The minute you turn a MixPre on and listen through the headphones, the stunning clarity of the mic preamps jumps out. These preamps differentiate themselves quickly from basic off-the-shelf IC-based mic preamps used in most devices in this price range. They are magnificent.

“Our mic preamps simply have to be heard to be believed, whether mic’ing drums, birds or dialog, using condenser, dynamic or ribbon mics, the finest textures of the audio are preserved,” said Matt Anderson, CEO of Sound Devices.

On day one, when I first read about the MixPre devices, I ordered one for myself. I bought the MixPre-3 for its compact, take anywhere size. It weighs only one pound, but performs an amazing number of tasks well. It is the first device of its kind that can do so many functions, while also being built like a tank in a die-cast aluminum chassis.

When I call it a Swiss Army knife-like product, I mean it is incredibly flexible. First, it’s a USB audio interface and offers the ability to record audio to an SD card while simultaneously streaming multiple channels of audio via USB. This is useful for reporters who do in-person interviews, record Skype and Facetime interviews or do podcasts. 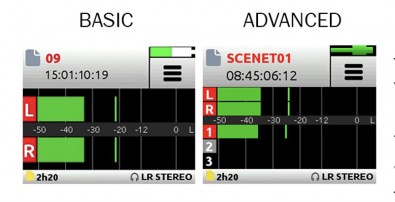 The MixPre is also a standalone SD audio recorder and a mixer. It is equipped with control knobs with easy-to-see ring LED metering for each channel. There is a 3.5mm jack for headphone monitoring from a wideband headphone amp with plenty of gain.

Both units also feature a responsive, capacitive color touch screen. Touch it with a finger for intuitive operation. It has a bright, sunlight-readable color LCD one can see in any light. It can also be operated from any Apple iOS device. Built-in Bluetooth technology allows for control and metering via iOS devices from the free, downloadable Wingman app. 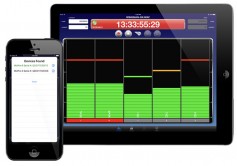 For DSLR cameras, the MixPre offers HDMI record triggering timecode and retractable 1/4-inch-20 thread mounting screw for mounting on a tripod under a camera. Capable cameras can feed timecode to the device over the MixPre’s micro HDMI input, which provides synchronization of sound and video.

Timecode can also be fed into the MixPre’s 3.5mm input from an external TC generator. The MixPre-3’s micro HDMI input can also receive “record triggers” from cameras, which automatically starts and stops the MixPre’s recording via the camera’s record button. Sound Devices provides presets for Sony, Panasonic and Canon model cameras. 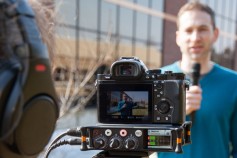 The MixPre-3 and -6 can be powered from multiple sources, including AA batteries, Li-Ion batteries, a laptop’s USB-C or USB-A connectors or AC wall outlet. It comes with a single four AA battery sled. Other optional power sources include an eight AA cell sled, Sony L-Mount Li-Ion cell sled and AC adapter. The recorder can also be powered with an included USB cable from personal computers.

In addition to being a well-designed and beautifully built product, the operating manuals for Sound Devices MixPre devices are excellent and very well written. In fact, they are among the best in the industry. This is something that non-American companies — even the best ones — seem incapable of learning. Sound Devices gets it.

When I purchase audio gear for my own use, I pick and choose carefully. With Sound Devices, I’ve never been wrong. They are a top flight company building the best products in their field. The new MixPre-3 and -6 will keep them on top.