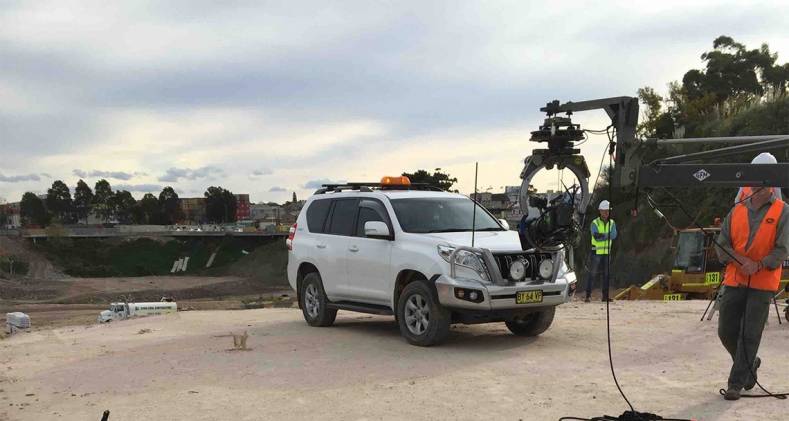 Dresner's Alexa Mini on a rig.

When Director of Photography Earle Dresner received his Australian Cinematographers Society (ACS) accreditation late last year he felt the need to upgrade his camera of choice. The camera he decided on was a new ALEXA Mini. 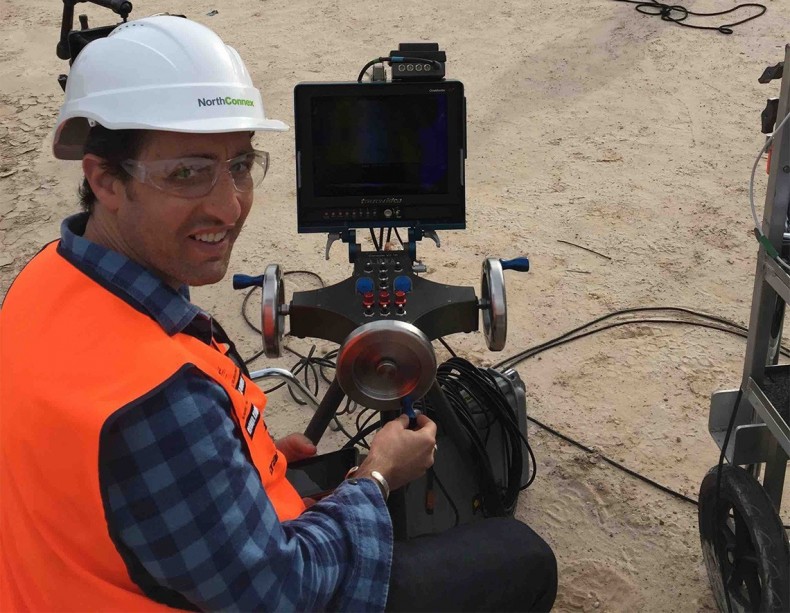 Dresner remote controls the Alex Mini on a rig.

Dresner explained, “I owned an ALEXA Classic and really loved it but I felt it had done its time and was starting to shoot a lot more productions which were requesting ARRIRAW or 4K and also a lot of anamorphic so I decided to upgrade. The ALEXA Mini ticked all the boxes for resolution, size, weight and high speed and I knew it would be a great camera in most situations.”
As a cinematographer who shoots a lot of television commercials Dresner has a look he’s known for and aims for each time, a look the ARRI ALEXA Mini could help him achieve and maintain.

He continued, “I love choosing the right style for each job whether it be anamorphic or spherical, handheld, tracking or shooting from a drone. I wanted a camera that would excel with all of those and 200fps covers most high-speed requirements.”

Having started out using the ARRI 3 and 435, Dresner has seen the progression of ARRI cameras and their appeal to him grow due to the benchmark they have set in digital cinematography for image capture, reliability and ease of use.

He added, “I like to own my own camera so it’s always there if I want to use it regardless of budget and I know it’s in great condition. The Mini produces the same beautiful images I got with the ALEXA with the added bonus of ARRIRAW, 4K, 4:3, 200fps and a small, light body for hand held, drones and rigs. When a producer or director calls about a job, I can be 90% sure I’ve got the best camera for it. I also bought the WCU-4 (wireless lens controller) which plugs directly into the Mini and can be used to control camera settings, very useful when the camera is in a splash box at the beach. Another great advantage is the built in electronic NDs. I can avoid any chance of ghosting or double reflections by only having to use one filter in front of the lens and when the light’s fading and you’re trying to get that last set up, flicking a switch saves a lot of time.”
Earle Dresner has used his ALEXA Mini in almost every shooting environment you can think of - on a drone over water, rigged to the bonnet of a car or squeezed onto the dash, hand held on a Movi stabilised system or in production mode with a big zoom or a periscope lens and it’s clear he’s pleased with how the camera performs and what it delivers