Console systems manufacturer Lawo has been a leading player in establishing IP-based networking technologies for both audio and video. It pushed its developments further at the 2017 NAB Show with the introduction of SOUL (Seamless Orchestration and Unification Layer), which is designed to provide overall management for IP productions using devices and formats from a number of manufacturers.

Lawo has been a proponent of open audio over IP (AoIP) during the last seven years through RAVENNA, which was conceived by its managing director Philipp Lawo and developed by associated company ALC NetworX. More recently it expanded into IP for video with its V_series of matrixes and processors. Lawo has targeted large-scale TV production with this dual offering, providing control, management and mixing-commentary capabilities at events such as the 2016 Moto GP season.

SOUL can be seen as an extension of what Dorna, which provides production facilities for Moto GP, and other technical service providers have been doing in terms of creating a fully interconnected management and operations network. It is intended as a single point of control for networks of all sizes and any type of interconnection on those systems.

Management of resources and routing of streams can be set up for a number of different modes, including single-switch, spine-leaf and mesh configurations. All this is based on the Ember+ protocol, which was jointly developed by Lawo and L-S-B Broadcast Technologies. L-S-B, which is now integrated within Lawo, produced the VSM (virtual studio manager) system, a long-time feature on the parent company's consoles. 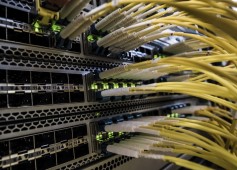 Ember+ is used to "present a unified northbound matrix representation of the network", enabling a device to communicate with higher-level devices. This can be part of an overall control system like VSM, with IP-based operations integrated and controlled on different levels of the system. SOUL also incorporates a variety of methods for recovering data, including routing state and hitless merge recovery (the latter being a redundancy mechanism involving lossless transport using dual live streams on an IP infrastructure).

SOUL is able to work with switches and other network elements - including encoders, decoders, cameras, multiviewers, processors and consoles - through standard or proprietary APIs (application program interfaces). It is compliant with many established and emerging technology standards: NMOS 1.0 and above (Networked Media Open Specifications, published by the Advanced Media Workflow Association); SMPTE 2022-6, 2022-7 and 2110; the AES67 AoIP interoperability format; and RAVENNA. It is also compatible with Layer 3 for IP and Ethernet switching.

Different switch modes can also be accommodated: Patching, Destination (make-before-break, or shorting, and break-before-make, non-shorting) and Source Timed Switching, which is based on specific hardware, including Lawo's V_matrix.