The 2017 NAB Show exhibition has opened to the news of Sony Electronics Inc buying US master control automation, asset management and newsroom integration and playback system developer Crispin Corporation. The two companies have collaborated in the past but the formal take-over has taken place to “enhance Sony’s media solutions and cloud-based services”, as well as its automated operations and MAM capabilities.

Crispin Corporation will run as a wholly-owned subsidiary of Sony Electronics' Professional Solutions Americas division. In previous years Sony and Crispin had undertaken a number of joint projects, including the design and installation of PBS's Public Media Management master control and cloud distribution service. Another collaborative effort was the TEGNA Media Clearinghouse automated syndication distribution system, based on Sony's Ci media cloud.

Such collaborations used Crispin's master control automation and Loading Dock technologies in conjunction with Ci. A more recent project was Managed Media Distribution Centre, which delivers material as well as transcoding, monitoring, analysing and QCing it in an operation that can support a number of users.

"We've worked with Sony as a technology partner for many years and extending that collaboration makes sense for both of our companies and our existing customers," comments Alan DeVaney, chief executive of Crispin Corporation. "We’re very familiar with the markets that are important to Sony and our expertise and resources perfectly complement Sony's media workflow technologies."

John Studdert, vice president of sales and marketing with Sony Electronics, adds that Sony sees its customers as expecting a 'one-stop shop' service when looking for complete systems. "With Crispin as part of the Sony family we can install and integrate the best technology available, together with providing content creation, monitoring and distribution services," he says.

Crispin also produces news tools, including NewsCat, which is able to integrated newsroom systems such as iNews and ENPS with video servers; and the NewsPlayX playback device for live bulletins. There is no word as yet if and how either of these products will sit alongside Sony's news offering. 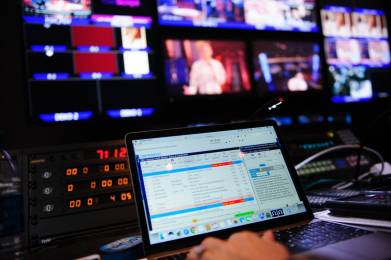 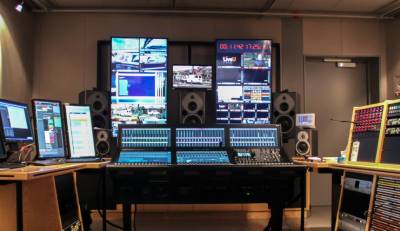 TVU Networks a provider of live IP video solutions, will join with the Associated Press (AP) at the 2017 NAB Show to showcase a new, integrated newsroom video content acquisition workflow developed through a close collaboration between the two companies. The…