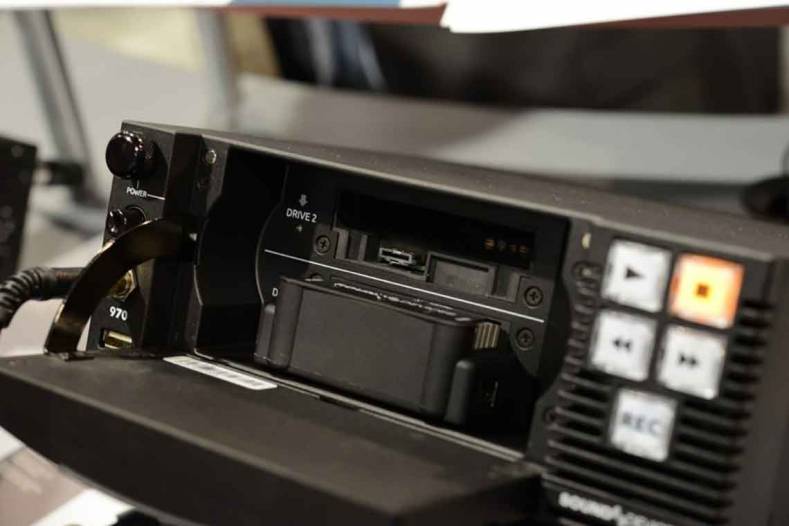 With its built-in Ambient Recording Clockit time-code technology, the 970 is ideally suited to operate as a master clock.

The 970 recorder features extensive network connectivity, and can be connected over Ethernet for simultaneous grouped recording and playback, creating a cost-effective, scalable solution that addresses the multi-camera recording needs of today’s productions. A built-in Web server, PIXNet, offers browser-based transport and setup-menu control of any number of units. In addition, PIX 270i features built-in multiple-unit synchronization, offering simultaneous, frame-accurate recording and playback, ideal for multi-camera production and live event multi-screen playback. Any number of units can be grouped and controlled as a single system from either the hardware or the built-in Web-based control panel.

A powerful tool for professionals requiring a significant number of audio channels, Sound Devices 970 records 64 channels of monophonic or polyphonic 24-bit WAV files from any of its 144 available inputs. Inputs available include 64 channels of Ethernet-based Dante, 64 channels of optical or coaxial MADI, eight channels of line-level analog and eight channels of AES digital. Any input can be assigned to any track. In addition, 32-track recording at 96 kHz is supported. The 970 records to any of four attached drives, which include two front-panel drive bays and two rear-panel e-SATA connected drives. Material can be recorded to multiple drives simultaneously or sequentially. This eliminates time-consuming post-record copying and allows for continuous long-form, high-track count recordings.

With its built-in Ambient Recording Lockit time-code technology, the 970 is ideally suited to operate as a master clock. It can also slave or be jammed to any other time-code source. All common production time-code rates and modes are supported. The 970 also supports word clock synchronization from external word clock, video sync, MADI or AES. To simplify the connection of multiple digital inputs, SRCs are available for all MADI, Dante or AES inputs.

The Sound Devices 970 also features an embedded Web-based control panel for machine transport and setup control over Ethernet-based networks, as well as file transfer over the data network with SMB. File metadata editing of scene name, take name, notes, track names, and reel folders can be done during, before and after recording across all drives. In addition to RS-422 and GPIO control, the unit also allows for format conversion between analog, AES digital, MADI and Dante.