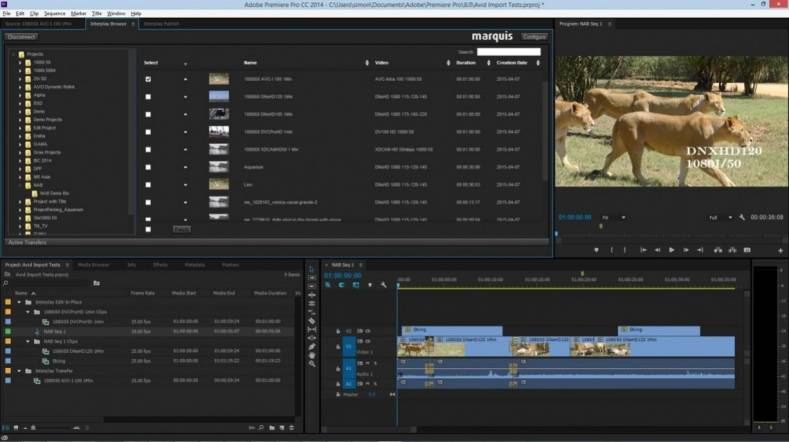 Marquis Broadcast is bringing an Enterprise version of their EDIT BRIDGE to the 2017 NAB Show giving more Interplay access over a single server connection.

“EDIT BRIDGE is all about finding Avid media in Interplay and then editing it in Adobe Premiere Pro CC or After Effects CC,” said Chris Steele, managing director of Marquis Broadcast during our pre-NAB Show 2017 interview with The Broadcast Bridge. “If the media is in the right codec, you can browse the folders and drag-and-drop it right onto the Premiere Pro time line and edit it as native Avid media. Then when you are done you can render it back down and check it back into Interplay using another of our Premiere Pro panels.”

As Steele describes it, that makes the process a simple round trip for Premiere Pro editors.

But perhaps as important, many Avid editors prefer using After Effects for their graphics creation and EDIT BRIDGE gives them equally easy access to that software as well.

“We also have a stand-alone panel that runs on a Mac or Windows platform that lets you select media and wraps it in an MXP OP1A (Material eXchange Format Operational Pattern 1a) file that can be dropped into any other editing product such as Apple’s Final Cut X or Grass Valley’s EDIUS.

The advantage of the Enterprise version of EDIT BRIDGE that Marquis is bringing to NAB Show 2017 is it requires only one Interplay Web Services connection for all edit seats connected to the EDIT BRIDGE server. By aggregating all those requests, it presents them as a single stream to Interplay. 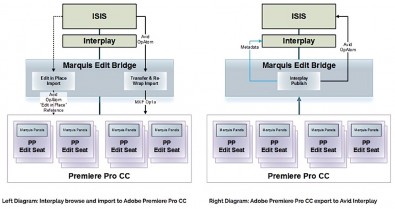 “Our EDIT BRIDGE server does all the transcoding,” Steele said, letting editors who pilot the other NLE’s access Avid storage as easily as Media Composer pros can.

“I know several broadcasters who use Media Composer to edit their high end main programming,” Steele said, “but push their promos or Web content out to the other brands of NLE’s which can sometimes operate faster and more flexibly.”

Crucially, Steele sees this as part of Avid’s continuing commitment to being an open platform.

“We were one of the first to become part of the Avid Alliance partnership,” he said, “and are working to make the Avid infrastructure more accessible to a wider community of post production users.”

EDIT BRIDGE. The name sort of describes exactly what it does.