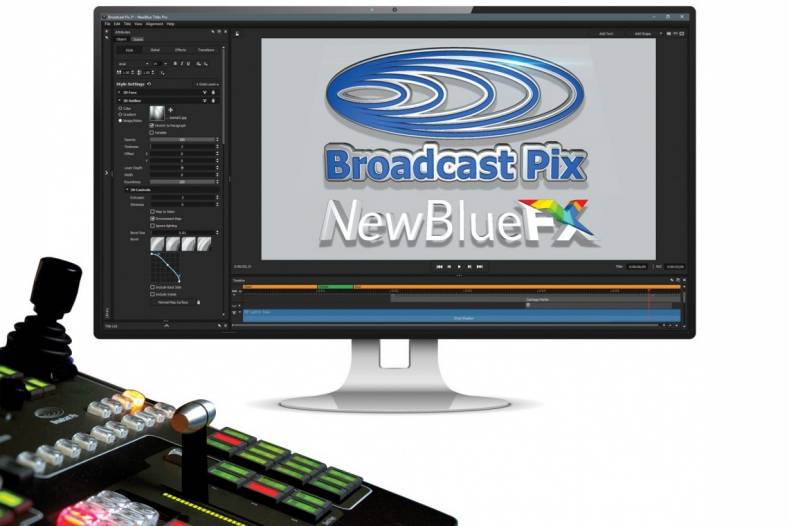 At the 2017 NAB Show, Broadcast Pix will be showing off its new partnership with NewBlue, a San Diego-based titling ad video effects company, and the first result is that all of the BPswitch family of integrated video production switchers will be empowered with the NewBlueNTX titling engine (that’s “NewBlue Titling Xperience”).

“From day one, a key component of Broadcast Pix’s switcher design has been the graphics application,” Tony Mastantuono, product manager at Broadcast Pix told The Broadcast Bridge in an exclusive pre-NAB interview. “What makes it unique is the intense level of integration. We didn’t just slap on a third party cg and call it done. It’s the way the graphics works with all the components of the switcher that makes this system stand out.”

You can understand what Mastantuono means when you see the file name of the graphic icon on the control panel’s PixButtons, or when you see a preview thumbnail on the multiviewer. When you click on the graphic icon on the multiviewer it will open up an editor so you can change a name or correct a spelling mistake without having to re-export and go to another application.

“But now people want more motion graphics,” he continued, “and that’s exactly what NewBlue brings to the table. This gives us 3D, live motion graphics that can dynamically update not only people’s names but also integrate with score data, social media feeds, RSS inputs, statistics, all the components we include with our rapid cg option we can now include with the NewBlue option.”

This capability will be found in all the new BPswitch models we’re bringing to the 2017 NAB Show including the FX, MX, and GX which, in addition to IP inputs and streaming capability to Facebook Live and other CDN’s, include up to 22 SDI inputs and 12 outputs.

The BPswitch line is even upgradeable to 4K. 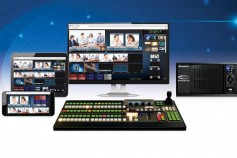 “All of this can even live on a remote system through our BPNet cloud-based video workflow service,” Mastantuono said, “ which lets you control the switchers through tablets, phones and Web through its ioGates media management system. You can not only control the switchers from anywhere, you can also deliver their content to anywhere.”

This means your team could be working on graphics in post production and feeding the result to the live production while it is on-air. Even if the live game is in Milwaukee, but your post house is in Hollywood.

“With access to multiple users, this is even a benefit to schools,” Mastantuono finished up. “The way BPNet spreads the potential workflow is limitless.”