There are promising noises about IP in the early press releases about NAB exhibits and products. Have we turned the corner and are finally acknowledging IP is actually coming, even here? NAB is sponsoring a vendor agnostic IP Showcase partnering with EBU and IABM. IABM is hosting an IP theatre and there is full morning of sessions on IP technology.

There are rumors we will be seeing products based on SMPTE 2110. Does this mean we have consensus on a standard? Of course SMPTE 2110 has not been officially confirmed as a standard, but when has that mattered? Then we have SMPTE 2059 and JT-NM Reference Architecture V1.0 being championed under separate cover, when actually they are all that is needed to make live IP work.

I had an interesting question posed to me by a manufacturer, wondering if I heard that they were being asked about compression. Something to do with how much bandwidth uncompressed video used. I WAS SHOCKED! Imagine the blasphemy of considering compressed video in IP. The purists that take HD-SDI from a camera, encode it to J2K for transport and then back to HD into an HD-SDI signal for true HD editing in DNx145 or ProRes100 even considering compression for live IP.

So then my next question is what happens to SMPTE 2110 if live IP ends up being a compressed signal? OOPS  And what about all the other stuff, timing, timecode, registration and discovery? Hmm.

But wait, NewTek's NDI is actually already a 100Mbs compressed signal. While they have been on the IP road show circuit with AIMS, ASPEN and Sony for live IP, they forgot to mention it is a compressed format more in the realm of J2K than the other guys. Sony’s NMI is only gently compressed so that may not count.

The InterOp experiment is definitely progress, however it’s not on a system wide basis. Right, the InterOp experiments are all about creating a SMPTE 2022 (gotcha) stream with some flavor of audio and using SMPTE 2059 to hold it all together from a sync generator. At IBC, the base signal was SDI out of a server, into an encoder to make SMPTE 2022. Funny that the test feed is from a server putting out SDI that is needed to convert it to IP? The test does not originate IP?

It would be lots of fun to see a camera from one company putting out IP over someone else’s network into yet another company's server and feeding yet another vendor's production switcher. All of this could be under the watchful monitoring of another company's QC system. And don't forget, we want to be able to see and hear it--almost like a real broadcast. Now that would be impressive. 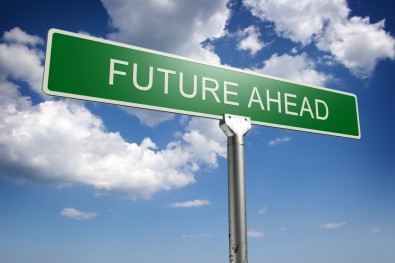 The future of IP technology as a solution for broadcast and media is bright and clear and just around the corner. Or is it?

I am confident NAB will be very cloudy, but that has nothing to do with IP! And along the way I expect to trip into 12G as the band-aid to preserving coax until the industry gets its IP act together. I can only imagine the digital glue guys salivating on figuring out the interfaces between 12G and SMPTE 2110. And all the scrambling to build test equipment and monitoring for 12G, not to mention the new codecs to capture it for editing.

I guess IMF will solve this. Everyone knows about IMF right? Special Forces under Tom Cruise always saving the world! Sorry not that IMF, this is the Interoperable Master Format and not to be confused with MXF. This is the next generation file format for mastering programs. Because if we are going to live IP shouldn’t we have a shiny new file format to use it with? Of course this will mean new codecs and upgrades for all systems. Introducing new formats that are not backward compatible is so much easier that sun-setting a technology. The whole repair or replace concept takes on new meaning.

Now let’s look at HDR and UHD. Is HDR a feature or a format? And isn’t UHD a consumer monitor thing or is that another format?

NHK announced that the Korean and Japanese Olympics will be done in all 8K. UH-OH, what about all the effort into 4K. It barely got on the game board. 1080P is still wandering around because it can rely on the same infrastructure as 720P and 1080i, and the glue and black boxes to mix and match are easier to use.

Moving on to the fun stuff, VR is giving way to AR. Virtual Reality is becoming another 3D adventure of too much work for not enough return. Here it is barely out of the box and already getting eclipsed by Augmented Reality and Mixed Reality (MR). I think mixed reality is a throwback, sorry that was a different kind of mixed reality.

I am looking forward to seeing lots of clever AR systems and innovative uses for the technology. I know the sports guys are very interested in AR and MR as are gamers.

The trade show landscape has changed a bit so it will be exciting to see if things promised at IBC or NABNY are actually delivered. Or, if what gets promised at this show are finally seen at  IBC or NABNY.

I will be wandering the floor and halls observing the trends and trying to figure out where we are in the IP adoption cycle. Look for my coverage in my post-NAB review article.

For more information about the IP migration for broadcast and media facilities, read these other Gary Olson, The Broadcast Bridge articles.