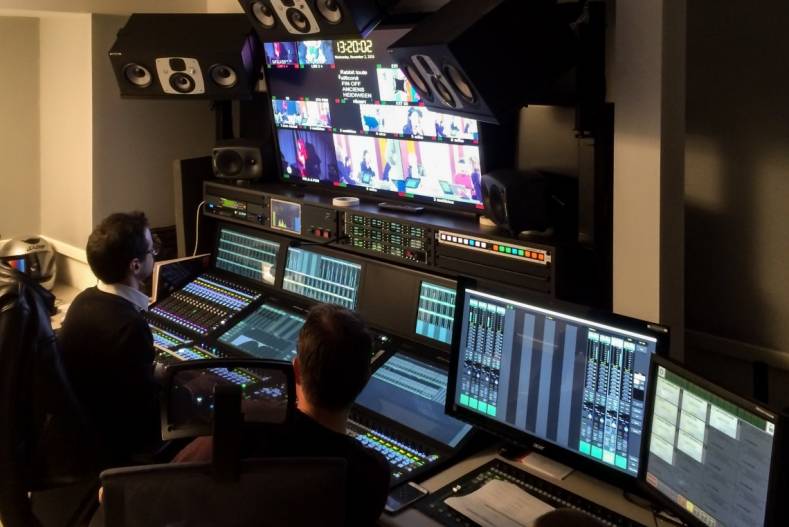 Canal Factory, a production facility used by French premium subscription channel Canal+ and the free to air channel C8, has undergone a major upgrade to its technical infrastructure. The studio has moved its audio and video workflow to a facility-wide network, which includes the installation of four large-scale System T broadcast audio production systems, an L500 live mixing console and several network interface cards from Solid State Logic (SSL).

Ralph Atlan, chief technology officer at Canal+, said that they have created the first large-scale broadcast center based on Dante audio networking technology from Audinate.

“CANAL+ and SSL learned a lot together about the best way to implement SSL consoles in a full IP live broadcast environment. It really makes our partnership stronger,” Atlan said.

Canal Factory is responsible for much of the Canal+ and C8 core daily live programming and music events broadcasts. The C8’s daily talk shows, as well as its nightly news and talk shows such as Le Petit Journal, plus live music and the major sports shows Canal Football Club and Canal Rugby Club are all using the new systems for their live and pre-recorded broadcasts. When not in use on live productions, the new studios are used for pre-records of shows such as the popular satirical puppet show Les Guignols.

The upgraded facilities include two main audio control rooms, four production stages, and a music pre-mix studio. All audio I/O is connected to and routed around the facility’s IP network using the Dante networked AoIP protocol via commercial off the shelf (COTS) Cisco network switches. This provides comprehensive, ultra-low latency distributed routing with full device discovery and more than 6000 x 6000 system channel capacity. The Dante Network has also been extended to the Canal+ Lumière Master Control Room via a dark fibre link, so that existing MADI infrastructure is now connected to the new network. 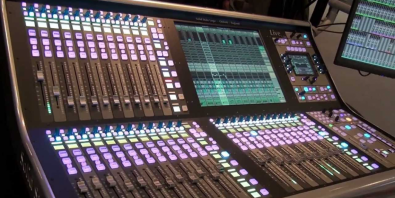 At Canal Factory the SSL L500 console is used for a wide variety of music pre-mixes.

The two audio control rooms at Canal Factory each feature a 64-fader, 3.5-bay main System T control surface and PC-based T-SOLSA control software with a 16-fader panel connected to one Tempest Audio Engine, plus an additional 16-fader 1.5-bay pre-mix/back-up surface connected to another Tempest engine. Dante system-wide routing can be controlled directly from the consoles, or via the control system panels in each room.

Those Tempest Engines (four in total) are located in the facility’s machine room. SSL’s OCP network that handles communication between Tempest Engines and control interfaces—is carried via the same standard Cisco switching hardware and facility-wide network infrastructure as the Dante network. The machine room also has SSL Network I/Os: SDI-MADI and Network I/O: AES units on the Dante Network, plus Dante services and control servers.

In order to accommodate the facility’s analog I/O sources, the facility uses a number of SSL Network I/O SB 8:8 (8-channel mic/line in/out) stageboxes in the TV production stages, the OB services area, and other spaces. The entire facility uses more than 100 Dante I/O devices from many other manufacturers, all connected to the same network.

The SSL L500 console is used for music pre-mixes. As the System T’s user interface is closely related to the one found on the L500 console, operators familiar with one, will have no problem operating the other. The L500 audio input is coming from the stage via MADI, and the console feeds the main Dante network.

The System T is SSL’s Networked Audio Production Environment, designed from to handle large-scale broadcast productions in a multi-platform delivery-driven future. A range of System T control interfaces can also be connected anywhere on the network and incorporates multi-touch and gesture-driven screen technology, hardware control, and an intelligent, intuitive workflow. Up to three consoles or control interfaces can control a single powerful Tempest Audio Engine, and multiple engines can be used on a single network.