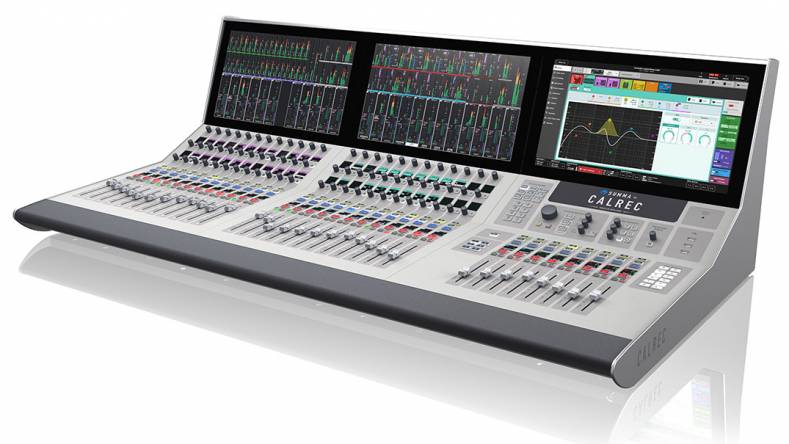 The Calrec Summa comes with a complete and fully redundant PSU, controller, DSP, and router in a single 4-RU chassis.

A production team from Malaysian broadcaster Media Prima Berhad (MPB) used a Calrec Summa console for 5.1 surround sound mixing of its live broadcast of the Anugerah Juara Lagu (AJL) concert, the country’s largest singing competition. This year marked the concert’s 31st year, and was held at the Putra World Trade Centre in Kuala Lumpur on Jan.22nd.

Millions of viewers tune into the AJL broadcast every year to watch Malaysia's best singers and bands battle it out across a number of musical categories.

Mohd Zaidi Mohamed Taib, head of sound at MPB, said the Summa console is one of the simplest mixers to operate that he has ever used.

“"It is a true broadcast mixer that is perfect for a live broadcast and production environment,” he said. “The audio quality is great, and integration is straightforward. The Summa even comes with a complete and fully redundant PSU, controller, DSP, and router in a single 4-RU chassis.”

The 5.1 surround mix was leveled and encoded into the Dolby E format using a Junger Audio system before being transmitted to Melaka via satellite link. At the cinema hall, the signal was decoded and processed by another Junger system and played over the hall's surround speaker system. This enabled the cinema audience to enjoy an immersive sound experience.