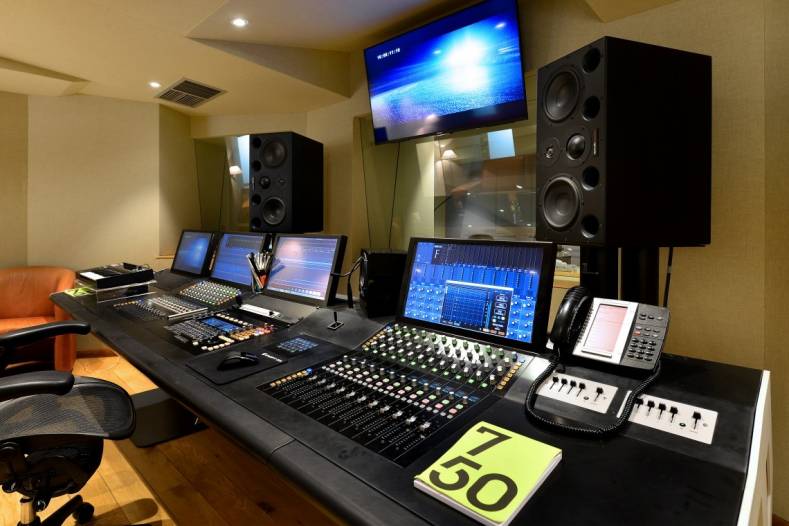 Fairlight EVO console at the heart of upgrade for audio post house 750mph.

“If you want to be a top studio and you want to have the best people, you need the best equipment,” says Ben Mason. The Managing Director of 750mph is just adding the finishing touches to a massive refit and upgrade of this audio post stalwart’s HQ in London’s Soho district, which will bring even more, newly immersive, audio online.

With a workflow based around the EVO modular audio post console from Fairlight, now part of the Blackmagic Design family, 750mph offers international clients sound design for TV, cinema, radio and online commercials, as well as short films.

Founded in 1998, 750mph’s first major expansion was in 2002, when it moved up to five studios. Another large expansion, which began around several years back, took over another 5,000 square feet of basement and knocked through into the adjacent building allowing the facility to add three additional suites.

“We’ve probably got about 10,000 square feet of studios now,” says Mason. “We now have nine Fairlight EVO consoles installed, including one in our transfer bay running ICAN user programmed macro functionality. Each room has its own equipment rack, either located in the lobby or relatively close to it, which includes a Blackmagic UltraStudio Extreme for the video playback.

“We’ve always used Blackmagic for the video side of things, but we’ve always used Fairlight for audio, since the start. Editing is the bread and butter of what we do, and for editing, the EVO is the best thing out there right now.”

Sam Ashwell, Creative Partner at 750mph, tends to agree. “The audio editing is exceptional,” he says. “The actual, physical editing of audio is incredibly tactile. You don’t have to use a mouse or go through menus, you essentially just use button shortcuts and a jog wheel to manipulate the sound, so it’s incredibly quick to edit on. The fact that you can stack clips on top of each other is a huge benefit when working, especially on music edits and ADR and voice-records while the ability to sync to pictures internally is rock solid, and very useful.”

“There have been some nice jobs in the last couple of years of working on this machine,” he adds. “They have allowed me to explore the creativity and the possibilities of the hardware and also the limitations too.”

As an example, Ashwell describes project with Castrol Edge around the launch of the latest in The Fast and the Furious film franchise. “It was a three-minute augmented reality short, featuring Michelle Rodriguez, one of the film's stars, and stunt driver Debbie Evans who was challenged to take on the wild, icy landscape of the Yukon driving a V8 Jaguar F-type,” recalls Ashwell. 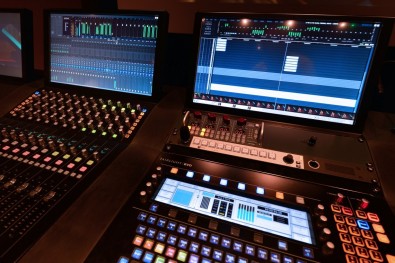 The short film titled “Titanium Ice” sees Evans having to manoeuvre her F-Type around all sorts of virtual obstacles, from tanks to helicopters and even missiles and explosions.

“I had to design the sound of all of the weapons and military vehicles that you hear in the short,” explains Ashwell. “They didn’t record the car, so I had to get in a source recording of the F-type, and then designed the sound of the engine as well as how the car interacted with the ice.”

“I also recently completed a really nice Volkswagen cinema spot, where an alien is chasing people in an underground carpark,” he adds. “I had to design how the alien’s voice sounded, going from angry to having a tantrum.”

For such sound design, Ashwell relies a lot on the EVO’s process function. “This is a very quick way of making exceptional sound design without having to build channel strips,” he says. “You can create a plug-in chain on a single clip, burning it onto an audio file. It’s amazing for processing. For creative work, it is probably one of the strongest things that I use - it’s an incredibly powerful way of working.”

That stable, “We’ll still get people coming in and asking us to restore a job for them from, for example, 2001. And obviously, we can still do that. It doesn’t happen that often but the back compatibility was important.”