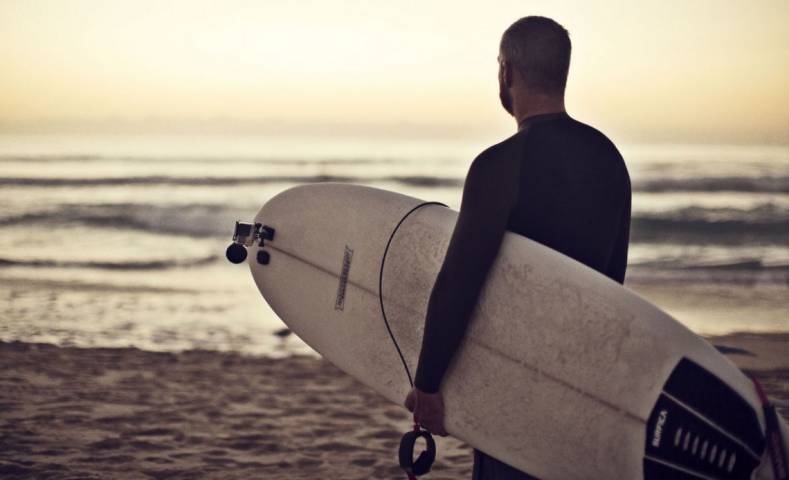 The first exhibition day of the 2017 NAB Show will see Sennheiser launch a new microphone package designed to match the ruggedness of GoPro cameras while delivering high-quality sound in difficult and inhospitable conditions. The MKE 2 elements Action Mic is aimed at extreme sports and other remote filming applications featuring GoPro HERO4 Black and Silver cameras.

The Sennheiser MKE 2 elements microphone is waterproof and can withstand wind, rain and snow. It is intended for mounting as part of the GoPro HERO4's protective housing. Based on Sennheiser's professional lavalier microphone, the MKE 2 elements incorporates new design features to make it suitable for recording in demanding conditions. The manufacturer claims the enclosure is "nearly immune" to snow, ice and wind and can even be used underwater.

The key to this toughness is the mic capsule, which has an internal Umbrella Diaphragm. This trademarked technology is based on the MKE 2-4 Gold-C sub-miniature clip-on lavalier, which features a welded housing designed to keep out moisture. The MKE 2-4 Gold-C was originally designed for use in theatre productions, where they are worn on performers' bodies and need to be impervious to sweat.

This watertight connection has been combined with the Umbrella Diaphragm, which guards the acoustically active membrane. Another feature of the MKE 2 elements mic is a removable windshield made of special foam that protects the mic from wind even in wet conditions. The mic itself is held in an elastic suspension to minimise noise from movement and impact. 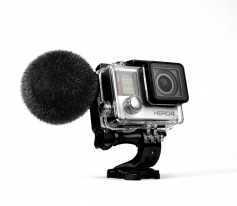 The MKE 2 elements mic is a product of the GoPro Developers Programme, which brings in outside companies to create products that can be integrated with GoPro cameras. "Through our Developer Programme we are very proud to be working with companies like Sennheiser to pursue a shared vision and create seamless user experiences between our products,” said Ted Simonides, director of developer partnerships at GoPro. “The MKE 2 elements epitomizes this spirit of innovation and lets GoPro users take their adventures even further."

Right now Sennheiser is the only audio company to have Works with GoPro verification status. Commenting on this, Achim Gleissner, commercial manager for broadcast and media at Sennheiser, said, "In parallel to bringing the MKE 2 elements to the market, Sennheiser is working on solutions for HERO5 cameras and is excited to continue to collaborate with GoPro as their products evolve."

Among the potential user areas for the MKE 2 elements and GoPro HERO4 combination are surfing, climbing and mountain biking. "In the world of extreme sports, uncompromising sound quality remained a summit yet to be scaled," commented Gleissner. "Until now, athletes have had to lower their expectations of audio and accept that there are scenarios where poor-quality recordings are inevitable or even when sound capture is impossible, for example underwater. The MKE 2 elements has been designed to break through these barriers in the same way that GoPro cameras have done."

The Sennheiser MKE 2 elements microphone will be launched officially on 24 April at the NAB 2017 Show.