RFS built the broadcast antenna arrays about to go on the air from the top of 1 WTC.

Radio Frequency Systems (RFS), will be showcasing its full suite of frequency agile, polarization agile and future-proof broadcast products at the 2017 NAB Show. The company expanded its U.S. broadcast manufacturing operations to support North American broadcasters as they prepare for the spectrum repacking program. Its ongoing commitment to developing cutting-edge broadcast solutions has earned RFS highly coveted projects, including having its terrestrial broadcasting antennas installed at the iconic One World Trade Center (1 WTC) in New York City.

RFS’ new wave in broadcast solutions meets the evolving technology needs of its partners for the design, manufacture and deployment of RF technology, systems and services. RFS will show a combination of new and established broadcast antennas, all-inclusive connector kits and air-dielectric cable products in its booth.

RFS will also debut a new channel combiner that can be retuned without having to replace any components. Conventional waveguide filters with high power and low loss performance are incorporated into the unit with the capability to be tuned over the UHF band. This high-power, tunable filter technology was created in anticipation of the spectrum repack. By utilizing these recently-developed RFS technologies, the combiner can operate at both pre-and post-repack channels, providing greater flexibility and offering more options for repack scenarios.

RFS will be participating in a “Building an advanced customizable RF Transmission System at One World Trade Center” event as part of the NAB Broadcast Engineering and IT Conference (BEITC) on Wednesday, April 26th, 2017 from 9:00 AM to 10:00 AM in Room N242. It will be about the new terrestrial broadcasting solution deployed at 1 WTC, which enables the tallest building in the Western Hemisphere to become a premier transmission site for over-the-air broadcasting.

RFS’ PEP antenna arrays with patented Variable Polarization Technology (VPT) used at 1 WTC allow broadcasters to set their own polarization ratios, independent of other broadcasters. This provides a level of flexibility which will prove essential as channels and standards change as a result of the U.S. broadcast television spectrum repack and the introduction of ATSC 3.0.

“RFS has been an invaluable part of the One WTC project and was able to provide a future-proof solution that gives each broadcaster maximum flexibility, while also ensuring the arrays will be able to support the changes brought on by the repack,” said John Lyons, assistant vice president and director of broadcast communications at The Durst Organization. “We look forward to bringing the whole project team together at NAB 2017 to educate attendees about one of the most high-profile transmission system deployments in the world.” 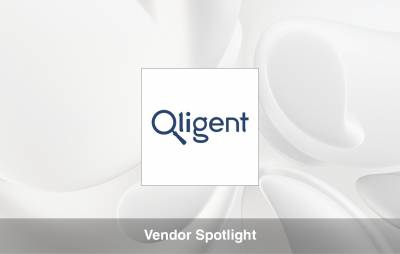