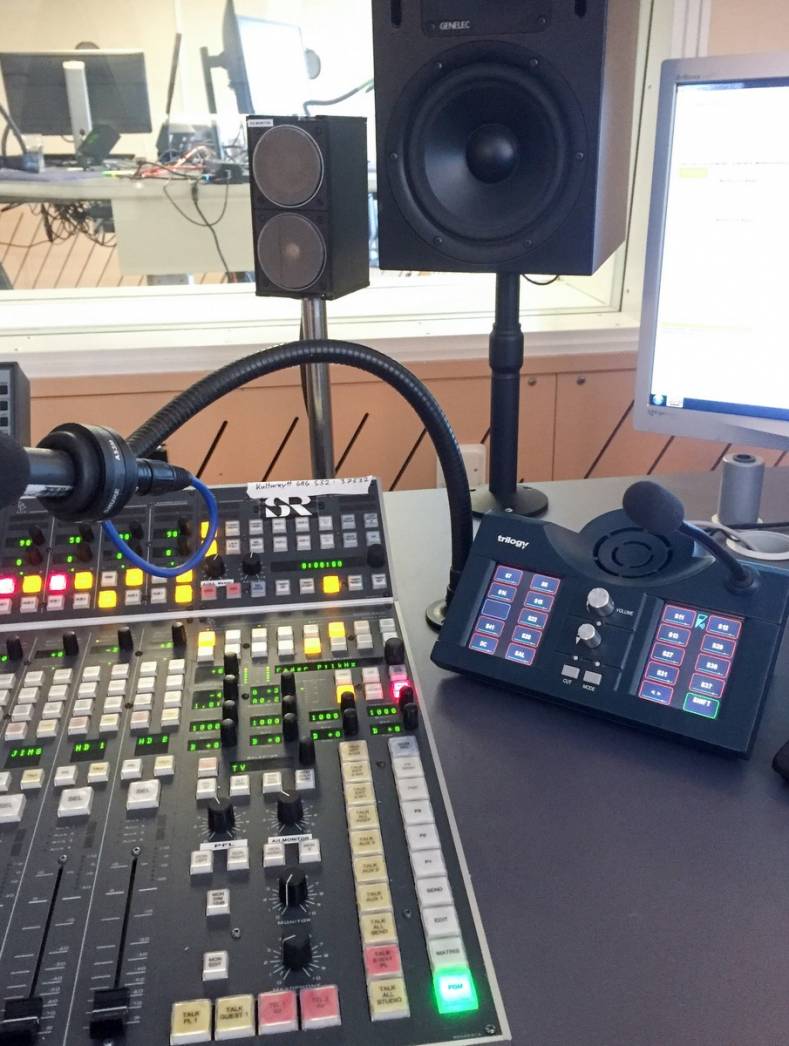 Sveriges Radio, the national public radio broadcaster for Sweden, has updated studio facilities at its headquarters in Stockholm with the installation of a new IP-based networked intercom system. Trilogy Communications Gemini III matrix devices are now running in the broadcast centre, featuring a range of operational functions, including some designed specifically for the project.

Established in 1925, Sveriges Radio - which translates as Radio Sweden and is abbreviated to SR - broadcasts four national channels - P1, P2, P3 and P4 - carrying a variety of news, culture, sport, comedy and music from classical to pop through folk and jazz. These services are transmitted on FM with parallel online distribution. Despite being, along with the UK, one of the first countries to launch a DAB service, Sweden has not moved towards full digital broadcasting, with only approximately 35 per cent of the population able to receive broadcasts in the format.

The new intercom system was supplied through Trilogy Communication's distributor in Sweden, Mediability, after tendering for the project. The brief to Trilogy, which is now part of the Clear-Com group, was for communications based on networked IP-technology that worked on a standalone basis but with independent panels. Trilogy's engineers collaborated with Mediability to produce something that operated in a similar way to SR's previous installation.

Equipment includes a 64-port Gemini III matrix with 64-channel DSP, a MADI/AES interface and IP panel interfaces. A total of 43 Touch Desktop panels, which offer 20 buttons each, is installed throughout the studio areas, while the master control room features six 30-button Touch 2RU units. All panels are IP-connected, while a virtual panel app is available for remote connection by mobile operators. All panels can be programmed according to the specific needs of a job. Among the custom features designed for SR is a 'group talk' option.