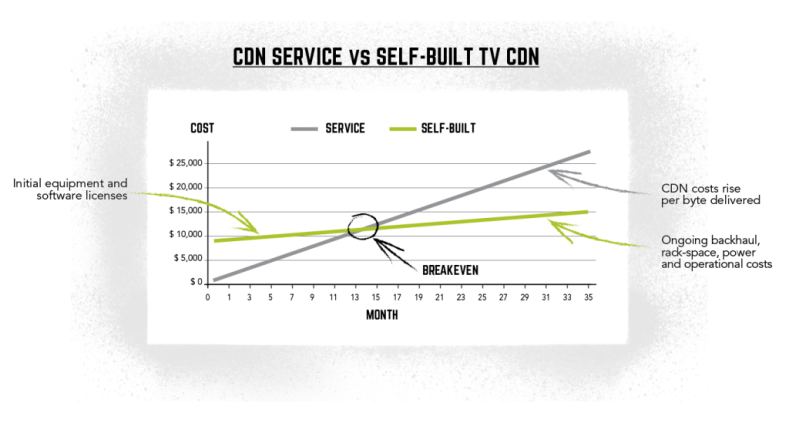 Edgeware argues that many video players will pass the breakeven point at which it becomes cheaper to build their own CDN.

More content providers and video distributors should build their own CDNs as rising bit rates make this cost effective for smaller players.

This is the conclusion of Sweden’s video delivery technology vendor Edgeware, after conducting research finding that a self-built CDN is becoming cheaper than the alternative of an established CDN service even for many smaller players. This is more likely to be the case for operators serving significant numbers of subscribers within a confined geographical footprint.

“This is an approach that the major players like Netflix have taken.  But as popularity of OTT TV grows, it’s becoming clear that it’s not just for the big guys,” said Edgeware CEO Joachim Roos. “Many of our customers have built their own TV CDNs, either to improve viewing quality or simply because the economics work better than paying into a CDN service every month.”

Of course Edgeware as a CDN technology provider has a vested interest in making the case for self-built CDNs. For that reason it has recruited analyst firm Frost & Sullivan to its cause, citing its recent report, Building Your Own CDN For Video Delivery: Why, When, And How. This supports Edgeware’s case that as content volumes grow, there comes a point where the cost of owning and operating a private CDN begins to look more attractive than pay-as-you-go. 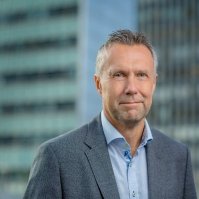 Frost & Sullivan’s point seems to be that many operators already have their own broadband infrastructure anyway, which is coming under strain from the proliferation of unicast video traffic at ever higher resolutions and therefore bit rates. CDN technology enables that existing capacity to be used more efficiently through use of caching and link sharing between popular content. This suggests more that operators should incorporate CDN technology in their existing networks for greater efficiency rather than build substantial new infrastructure.

To help content owners decide whether the time is right to start to deliver their programming on their own networks, Edgeware has developed a model for determining the business case for a self-built TV CDN. This works by balancing the number of regular users and how long they view content against the cost of equipment, software licenses, backhaul capacity, rack-space, power and operational staff.

“There are several metrics that drive the business case for or against a CDN service,” said Richard Brandon, CMO at Edgeware. “At a certain stage, there’s a tipping point that makes it worthwhile for content owners to begin delivering programming themselves, using their own system. If viewers are dispersed around the world, or popular content is only available a few times a week, then a CDN service is always going to be more cost-effective. But for many TV operators, who serve a well-defined geography and have a growing number of viewers watching every day, a self-built TV CDN can pay for itself within a matter of months.”

Edgeware claims to have benefited already from a trend towards self-built TV CDNs after going public in December 2016. It then posted an end-of-year annual increase in sales of 23.9%.

The firm is showing its TV CDN technology and presenting its self-build business case on booth SU9602CM at the 2017 NAB Show held at the Las Vegas Convention Centre between 24 - 27 April.