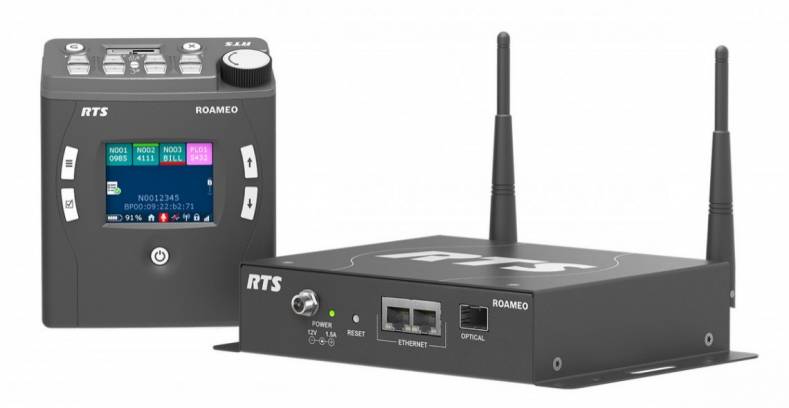 RTS has been building up to the 2017 NAB Show with series of new product announcements. Among these is the push button version of the KP Series of key panels. But the big draw is likely to be the ROAMEO wireless intercom system. Based on DECT cordless telecoms technology, it is promoted as the final link in creating a fully IP communications installation from fixed panels to mobile units.

ROAMEO operates in conjunction with RTS' Omneo audio over IP (AoIP) networking platform, which uses Audinate Dante as the media transport carrier and Open Control Architecture (OCA) for controlling and monitoring systems. "We've been promoting Omneo as an IP system for a while," commented RTS intercom sales manager for the UK and Ireland Jon Ridel at BVE. "We're now at the point where we don't have to qualify it because user feed-back tells us that the Dante interoperability is key." Ridel added that launching an Omneo-based DECT (Digital Enhanced Cordless Telecommunications) wireless intercom was something that had been anticipated for a long time.

Describing as running like a wireless key panel, ROAMEO is able to integrate completely with existing RTS digital matrices. Comprising the TR-1800 belt pack and AP-1800 access point, the system can be used for selected individuals as well as specific groups. "In high-end broadcast, theatre or live event productions a director often needs to speak very specifically to certain operators," Ridel explained. "ROAMEO can do that, as well as being used to address parties."

ROAMEO is a cellular system that is able to cover a large area, allowing users with wireless belt packs to 'roam' between access points. Wider coverage can be achieved by adding more access points, with additional belt packs dealt with as elements of a cabled RTS matrix comms system. Audio quality is determined by the choice of codec; G.722 is full bandwidth and gives a better voice sound, while G.726 is narrow band and used where radio spectrum is limited and greater efficiency is needed. 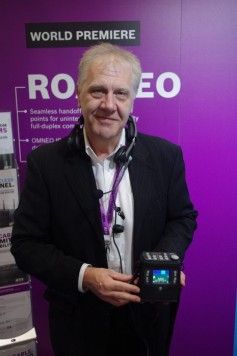 The wireless system connects to the digital matrix over one Ethernet cable and is able to run on standard IT networks. A number of access points can be daisy-chained together to create a large coverage area. "ROAMEO is sufficiently different from other DECT-based systems and can be fully integrated to give a complete, intelligent wireless system," Ridel said.

A ROAMEO set-up running from one access point is able to support five belt packs operating on G.722 and ten using G.726. There is a maximum of 40 belt packs for a system. In Europe ROAMEO system will operate on the 1880-1900MHz frequency range in Europe and 1920-1930MHz in North America. In these days of diminishing availability of licensed spectrum for broadcast applications, RTS has used DECT so its new wireless intercom will not require a licence. 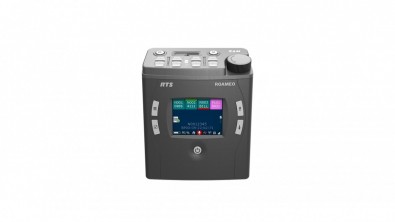 Ridel observed that equipment hire companies were now considering the "likely life of their rental equipment before it becomes redundant" due to changes in spectrum allocation. "UHF wireless systems have the range but they require licences," he said, "They are also essentially wireless party lines with limited intelligence. What ROAMEO, as a DECT-based system, is able to do is operate as both a party line and a point-to-point, which allows for more targeted communication - something that is important in modern production. It also gives opportunities because all you have to do is put up an access point to extend coverage. And it's licence-free."

ROAMEO deliveries are scheduled to begin in May.