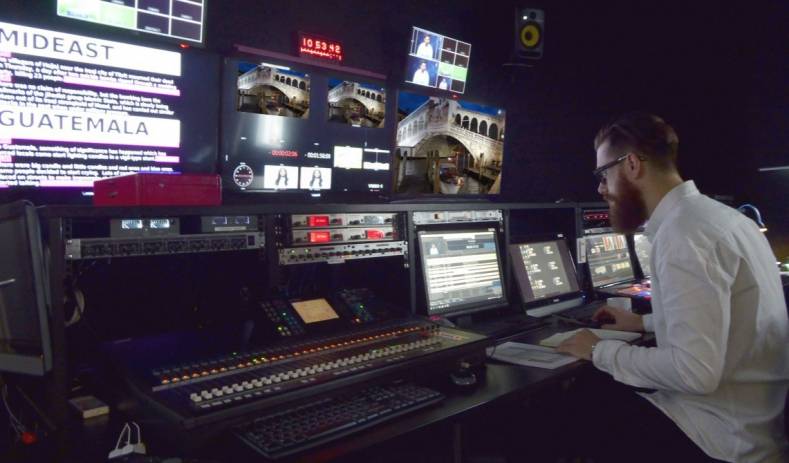 The new PlayBox Technology system is comprised of AirBox Neo, TitleBox Neo and SafeBox Neo and it was recently installed at the company's London studios. The company operates five studios in London, supporting many different channels and uplinking to external playout service-providers.

Celebro Media provides a wide range of television-related services to broadcasters around the world from its studios in London and Moscow. Celebro will be operating a complete service including playout for this latest channel which is scheduled to go live in May.

Keeping the entire activity in-house has many advantages including the ability to achieve very high efficiency. The latest version of AirBox Neo has all the features Celebro requires including the capability to handle live content.

The new channel will start with a large portion of pre-recorded content coming out of the AirBox Neo. More live content will be added when the channel is fully geared. The PlayBox Technology system will be used to control channel branding and presentation, playout of locally archived programs and interstitials, commercials, opt-outs to live news, the weather, everything. The idea is to automate as much of the process as possible.

The new channel has a huge amount of content and has been rehearsing over the past few weeks to verify that everything is operational. A 24-hour test schedule is running and all is working well. The staff finds the PlayBox Technology equipment intuitive to operate. The few questions that arose during the familiarization process required little more than a phone call to resolve.

Supporting UHD, HD and SD playout, AirBox Neo is designed for 24/7 unattended operation and can also be operated manually, including the ability to handle live-to-air throughput. Parallel outputs enable the running of two or more SDI or IP streaming SD/HD feeds simultaneously.