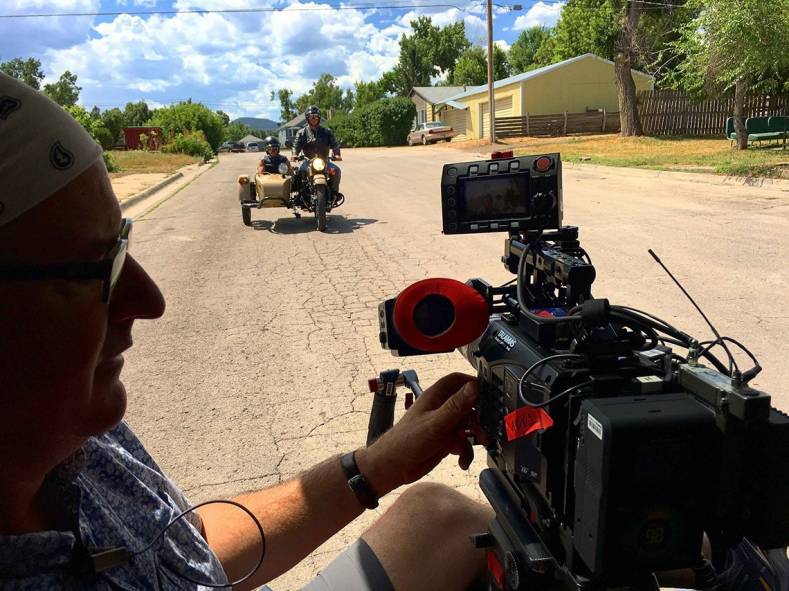 John Kelleran on location for Hotel Impossible with the Varicam LT 4K camera.

The reality show follows struggling hotels receive an extensive makeover by veteran hotel operator and hospitality expert Anthony Melchiorri and team. The production, beginning last April and wrapping December 2016, spent five days in each locale. With several episodes of season eight already broadcast, the remainder of the season will resume in September 2017.

DP Kelleran has more than two decades experience shooting reality/documentary projects, including extensive travel assignments. The previous year, Kelleran had shot episodes of HGTV’s Caribbean Life and Mexico Life with Panasonic’s AJ-HDX900 P2 HD camcorder. “Having worked with that camcorder many times in the past, I was reminded how much I loved the Panasonic ‘look,’ how the company’s cameras generate an emotional response with their handling of skin tones and color,” the DP said. “When the Hotel Impossible project came my way several months later, I felt obliged to take a serious look at the new VariCam LT—super 35mm sensor, low weight, low power consumption and, of course, with the classic image handling that was so attractive to me.”

What was new to Kelleran was the VariCam LT’s dual native ISOs of 800/5000. “I tested ISO5000 by shooting in my own basement at night, and had my son illuminated only by a lighter and whatever light was coming through the small basement window, one foot-candle at best,” he recounted. “The footage showed spectacular light on the boy.” 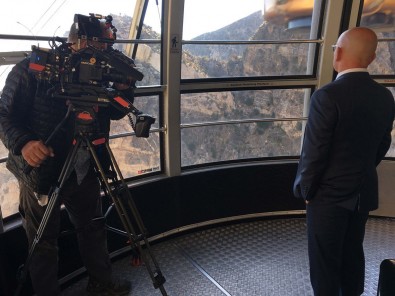 Framing a shot with the Panasonic Varicam.

Kelleran regularly deployed ISO5000 on each episode. “The crux of the show is chasing out problems in dark corners and corridors, which we were able to do like never before,” he said. “The LT’s extreme low light handling allowed us to work in dark rooms with only motivated light sources like lamps and windows, and absolutely keep the honesty of the narrative.”

Kelleran noted that he would often access the VariCam LT’s VFR capability along with ISO5000. “We’d shoot at 120fps coming down a dimly-lit hotel corridor, and the movement was fantastic.”

Atlas Media is handling the edit, using Avid Media Composer. “We gave post such a solid image that they had to spend very little time or money on color correction, but could rather devote resources to graphics, sound design and more,” Kelleran said.