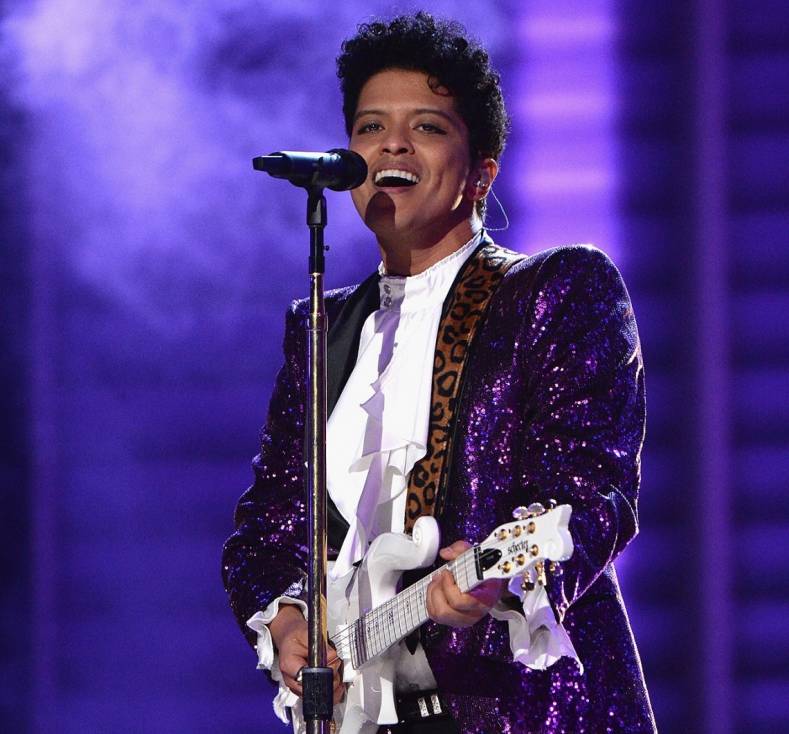 Bruno Mars at the Grammys.

Many of the best known acts at the 59th Grammy Awards used Sennheiser’s flagship Digital 9000 wireless microphone technology during the awards broadcast.

One of the artists at the Grammys to use the Sennheiser system was Bruno Mars.

“In a situation like the Grammy Awards, you have a very limited amount of time to dial in your settings,” said Chris Rabold, front-of-house mixer for Mars. “What’s great about Sennheiser and the Digital 9000 is that your sound is essentially there as soon as you turn the system on.”

For Ramon Morales, monitor engineer for Mars, consistency is paramount. “The biggest concern with any wireless technology is always reliability and Sennheiser has always given us that,” Morales said. “The Digital 9000 is even more robust than our previous Sennheiser system, and it sounds even better, too.” 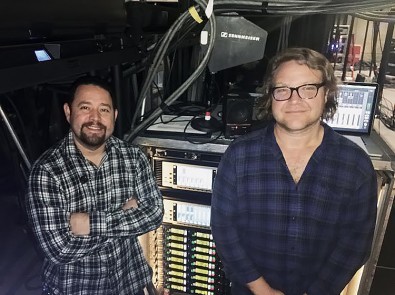 Rabold and Morales both cited the dynamic nature of Mars’s vocals as their biggest challenge in capturing his performances. “He can vary anywhere from a whisper to a yell, sometimes singing far from the mic, sometimes right on it, and other times cupping it,” Rabold said. “The Digital 9000 helped the team capture every bit of the performance cleanly, whatever the input level.”

Part of the success in preserving these details is due to the power of the SKM 9000 transmitter paired with the MD 9235 capsule. “We have experimented with many capsules over the years on his voice, but always kept coming back to the MD 5235, which has been his staple for many years,” Rabold said. “Now the MD 9235 captures everything we love about the sound of the MD 5235 while taking the detail even further.

“One thing I love about the Digital 9000 is that regardless of how much level you push into those mics, there are no wireless artifacts in the signal,” Rabold said. “Compared to other wireless systems, which often have a certain crunch to them when pushed hard, the Digital 9000 maintains an extremely natural sound at any level. The result is a much smoother top end, which in turn makes the low-mids in the vocal sound thicker.”

Switching to the Digital 9000’s HD mode meant no audio data reduction, according to Morales. “Using the HD mode really made a difference,” he said. “It just opens up the microphones in a way that makes it really easy to place them in the in-ear mixes.”