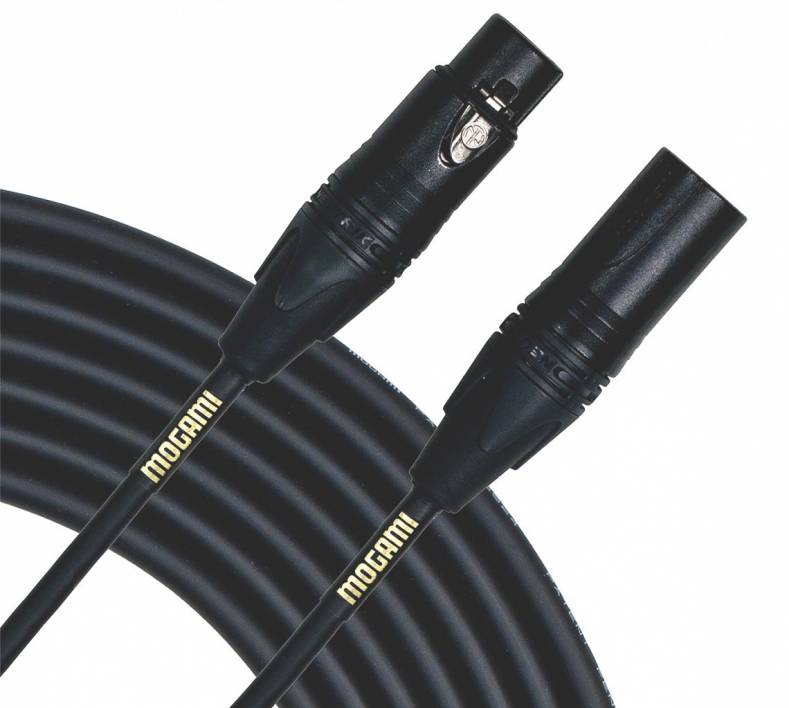 After assembling the best series of audio components in your budget, there are always a few extras needed. One of those is usually microphone cables. The temptation is to buy the cheapest cables available. But that would be a big mistake, because the choice of mic cables can make a major difference in the overall quality of any audio system.

Even the cheapest microphones cables will work — most of the time. But since there is so much misleading information about mic cable quality, it can be difficult to know the difference between genuine quality and the marketing hype.

The key reason to use good quality mic cables is to protect against interference. Mic-level signals are extremely low voltage — only a fraction of the voltage of line-level signals. This makes mic signals far more susceptible to outside interference, such as radio waves and electromagnetic fields.

Microphone voltage is extremely small, which requires a proper, high-quality and shielded cable to protect it from external interference

Audio pollution — such as refrigerator motors, light dimmers, radio transmitters and Wi-Fi signals — can all cause unwanted noise in any audio system. When a local taxi dispatcher’s instructions along with some 60-cycle hum is heard in the audio, it is often caused by bad cables. 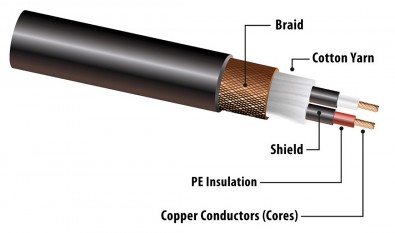 Even users aware of the interference problem will find a lack of good information about cables. Most manufacturers tend to rely on marketing gibberish rather than hard facts to promote their cables. Low noise, oxygen-free copper and gold-plated contacts don’t really say much. And sadly, some unethical manufacturers misstate their specs anyway.

In a white paper produced by B&H Photo, a major New York City-based dealer of pro audio equipment, it is noted that a balanced microphone cable consists of three main components — the conductors (internal wires, or cores), which carry the signal; the shielding, which helps protect the integrity of the information passing through the conductors; and the three-pronged XLR connectors that allow connection of the cable at either end.

In examining what makes a good mic cable, the journey begins with the signal generated by the microphone capsule being sent over two wires, with one side inverted by 180 degrees. A differential input amplifier at the receiving end re-inverts and then combines the two signals.

Since any interference entering the cable during transmission will appear equally in both conductors, the induced noise is now inverted and therefore cancelled (phased) out, leaving the original signal intact.

Additionally, the original signal is slightly strengthened by the recombination of the two sides, thus helping to compensate for any reduction in signal strength that occurs on a long cable run.

Copper, because it has the greatest electrical conductivity of all non-precious metals, has been used for conductors for well over a century. The use of oxygen-free copper in cables, however, is contentious. There are “levels” of oxygen-free copper, with 99.99 percent OFC (Oxygen Free Copper) being the purest form.

In reality, the difference between the grades is negligible for most audio applications. The purest copper is required only for extreme scientific situations such as the manufacture of semiconductors or for use in particle accelerators.

Use of such copper in audio is expensive and unnecessary. For audio applications, OF (Oxygen Free) and the most common ETP (Electrolytic-Tough-Pitch) copper will meet the requirements.

A balanced cable needs at least two conductors, or cores. Generally, the cores vary in thickness between 26- and 20-AWG (American Wire Gauge), with the smaller number being thicker in diameter. Here, the compromise is between the flexibility and level of conductivity of the cable. 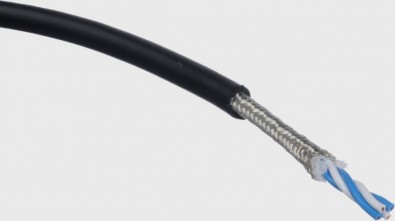 Some cables, B&H said, feature four cores (two pairs) and are often referred to as quad cables. Four-core cables are more expensive, but in extremely noisy environments they can provide at least 20 dB or more of common-mode noise reduction than two-core cables.

However, not all these cables are constructed equally. Some cheaper varieties have four parallel cores wrapped in the cable jacket, which can introduce more problems than they solve. To be effective, the four cores need to be wound tightly around each other to achieve the additional noise cancellation that such a configuration provides.

Shielding is the most important factor in a microphone cable. Not all cables have the same kinds and levels of protection, and most of that comes down to price.

It is important to isolate the two (or four) cores from each other. Any current traveling down a wire will generate a magnetic field, and the resulting interference introduces noise in an adjacent conductor. A layer of PVC insulation is applied over each core to contain the magnetic field.

The other form of protection that is common to all cables is a metal-based shield, usually copper but sometimes TAC (Tin Plated Copper), and in the case of foil, an aluminum laminate. This is the third leg of a balanced cable and is connected to ground via the third pin of the XLR connector.

A foil shield is cheapest to produce, but a braid shield is far better. It is an interwoven mesh of bare or tinned copper wires which is easy to terminate. TAC braiding is more expensive than regular copper, but the tin coating aids in preventing oxidation of the copper and improves wear.

Another issue can be the presence of noise generated in the cable when it is flexed. A poorly designed or damaged cable allows friction to be created between the two conductive cores, resulting in static discharges which in turn are amplified by the high gain of a microphone preamp. To prevent such movement, cotton yarn is placed between the insulated conductors and the braid.

Finally, there’s the issue of the connectors. XLR connectors are favored for two reasons. The first is the design of the female XLR connectors, which allows pin 1 (the earth pin) to connect before the other two pins, (which carry the signal) when the male XLR connector is inserted.

With the ground established first, it is possible to insert or remove the connectors without picking up external signals. The second advantage of the XLR connector is the external locking mechanism on the female connector provides an additional level of security.

There are several different types of XLR connectors and methods of termination. Due to its modular design, the internal, four-part cable connector as developed by Neutrik allows for field serviceability in the event of a cold solder joint or other damage around the area of the connector.

Manufacturers of other types of XLR plugs include Switchcraft and Amphenol, along with various Far East companies that produce unbranded plugs. Molded connectors — permanently affixed to the cable ends — are cheaper. However, they will involve greater cost down the road if the wiring inside the connector fails and the cable needs to be completely replaced.

Which are better — gold or silver-plated contacts? Gold is not as good as a conductor as silver, but has a greater level of corrosion resistance. But unless the cables are to be used in harsh environments (close to sea water, for example) the added cost of gold is mostly unwarranted.

As a rule of thumb, use a cable that is suited to the application. In environments with high EMI and RFI (these days that could be almost anywhere, with the proliferation of wireless communications), a braid/conductive PVC combination should be considered. If the cable will be subjected to repeat flexing, a spiral shield might offer better performance than a braided shield.

Make sure the connector provides as effective shielding as the cable itself. A too-high output from a preamp can overdrive and distort a down-stream circuit, while a low-level signal will not make use of the full dynamic range of the complete system.

Companies making premium microphone cables include Mogami, Gotham, Canare and Belden. Each company makes cables for a range of professional applications and their documentation is clearly written.