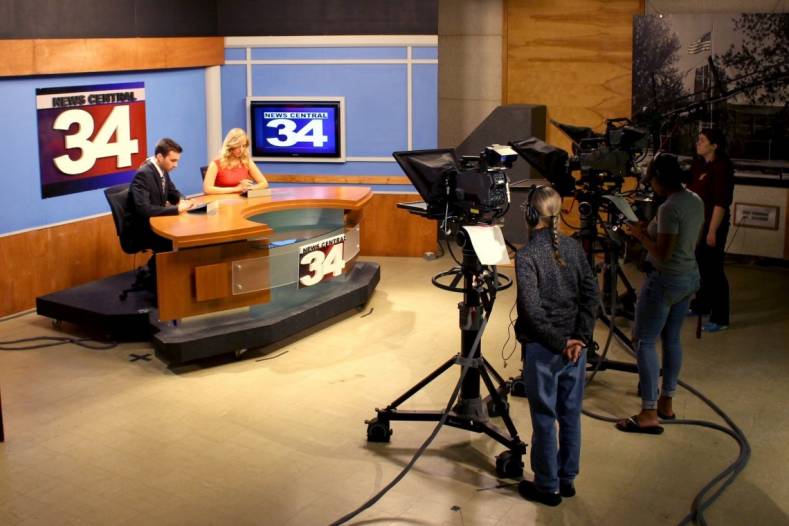 Broadcast journalism students at Central Michigan University are gaining an edge by working with the same LiveU professional gear that top broadcasters use around the world to cover breaking news.

Central Michigan University (CMU) was introduced to cellular bonding technology by an alumnus that considered the technology to be the future of TV. He believed it was a tool the students should be using as part of their education. After extensive research, the CMU faculty and staff selected LiveU for use in the program. Through a matching grant initiative, the school purchased its first LU500 portable transmission unit and LU2000 server.

“What we’re training them on is what they’ll use in the real-world,” said Aaron Jones, Video Facilities Manager for Central Michigan University’s School of Broadcast & Cinematic Arts. “The students love it. Right away, the LiveU portable transmission unit opened up a world of possibilities for the daily newscast.” 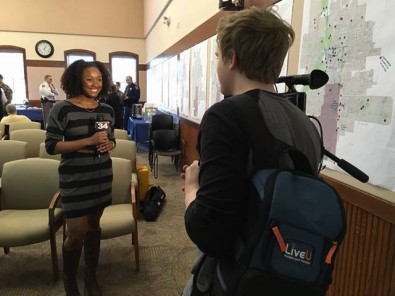 The experience that our students get by being in the field doing live coverage is invaluable to their success in their careers.” - Aaron Jones, Video Facilities Manager, Central Michigan University.

The students produce five live evening newscasts and three morning news broadcasts per week and include at least three live remote shots per week.  Live shots have included breaking news events, weather updates, and sports hits from the stadium. Last year, it also provided live coverage of the State of the Student Body Address, which was put on by CMU’s Student Government Association. The community-focused productions are seen in three mid-Michigan counties and streamed live on Facebook and Livestream.

“Remote production is one of the most complicated things our students will have to do. Getting out of the building is critical for their training. Students learn how to think on their feet, resolve issues, and communicate efficiently with the control room,” added Jones.

During the 2016 Presidential Election, the students covered a political event held in Metro-Detroit and proudly stood next to local broadcasters using the same LiveU technology to cover the breaking news.

“The students are more comfortable with the equipment and their abilities thanks to the LiveU technology,” Jones concluded.