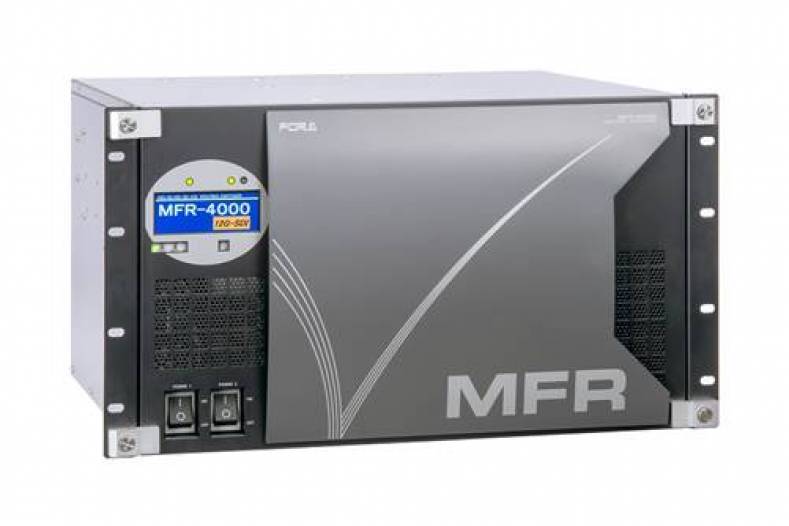 FOR-A 12G routing switcher - back to the future

For all the talk about IP replacing SDI, a number of companies have responded to customer demand for 12 Gig SDI pipes. One of them, FOR-A, is launching a 12G SDI routing switcher.

FOR-A will introduce an expanded series of 12G-SDI routing switchers for 4K and, it says, 8K work. It  also has a new Gearbox for interchanging 12G-SDI with Quad Link 3G-SDI.

The new MFR-4000 enables matrices of 72x72 inputs and outputs meaning 4K signals can be carried over a single cable, resulting in less set up time and less space needed for equipment.

Conventional 3G-SDI routing switchers require four crosspoint switches for input and output of 4K video. With 12G-SDI, 4K video can be carried over a single cable, FOR-A points out.

“Our 12G-SDI backbone allows our customers to use and expand their infrastructure with familiar technologies while establishing a greenfield SDI facility,” said Hiro Tanoue, President, FOR-A America. “With a 12G-SDI set up, the same line of coax transports 4K, HD (1.5G and 3G), and SD signals. The installation is easier and less expensive with less wiring to deal with. Our goal is to help our customers along the way into 4K by using our 12G-SDI and IP-based (IP Gateway) solutions.”

MFR-3000, MFR-4000, MFR-5000, and MFR-8000 routers also determine the type of SDI input automatically—“no need to worry about what signals are supplied” it states. The MFR offers fully redundant power and control and can be integrated into an SNMP monitoring system. SNMP monitoring enables monitoring of operational states, such as power, fan, and CPU status, SDI signal input or output, and crosspoint errors.