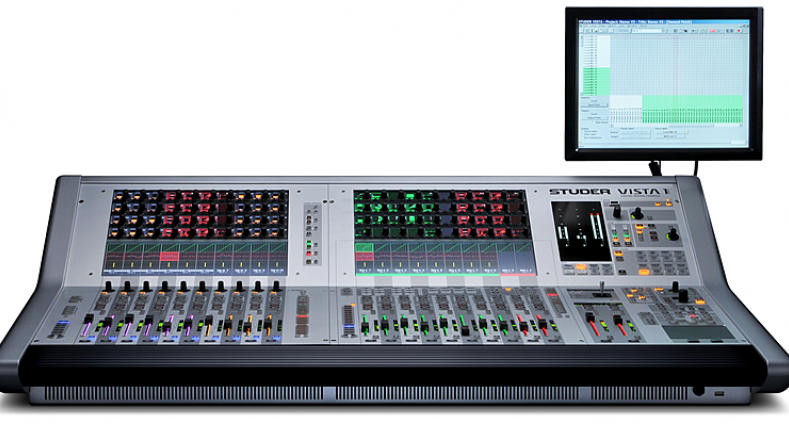 In 1948, when Dr. Willi Studer founded Studer in Zürich, Switzerland, he focused on building professional tape recorders — a product that made him a legendary name in analog audio. It wasn’t until the mid-1990s that Studer moved into the high-end mixing console business, the product line that gives the company its reputation today. 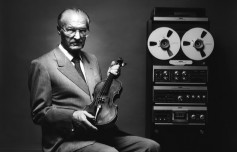 After the introduction of Studer’s OnAir 2000 in 1997, the D950 was the first digital large-frame console Studer introduced in 1998. It set the company on the path to earning high marks for professional audio mixing equipment.

Today, Studer’s technology is used around the globe by broadcasters, including the BBC, RAI, French TV, TV Globo, ABC, NRK, DR and many others. The company is also reinventing itself again, this time for the era of virtualization and IP technology.

Mark Hosking, global director of sales for Harman International’s professional audio brands, which includes Studer, JBL, AKG and others, talked with The Broadcast Bridge’s Frank Beacham about the changes and new initiatives driving Studer for the next generation. 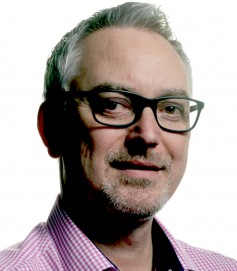 Hosking, a veteran of 24 years in professional audio sales, has worked for not only Harman and Studer, but previously for Avid, Euphonix, AMS Neve and Bruel & Kjaer.

The Broadcast Bridge: What is Studer doing to embrace the future of broadcasting?

Mark Hosking: We have examined the challenges for broadcasters when they start getting into networked audio environments. Many have multiple sound stages or studios and are routing signals from microphones to mixing consoles and then out the other side to transmission. In these systems, there are multiple crosspoint matrixes that have to be managed. They need control systems. Once you get into the IP domain, these systems get more complex. We have been working on the challenge of how to do this with automatic redundancy.

Take, for example, the analogy of a GPS system in a car. You say I want to go from my home to the office. You are driving along and you hear there is a crash on the freeway. You, of course, want to avoid that freeway. The car system automatically calculates a different route for you and off you go. That’s the kind of thing we want to put together for broadcasters. It takes advantage of IP networking by managing, converting and distributing audio signals. We call it DIOS, for distributed I/O system. 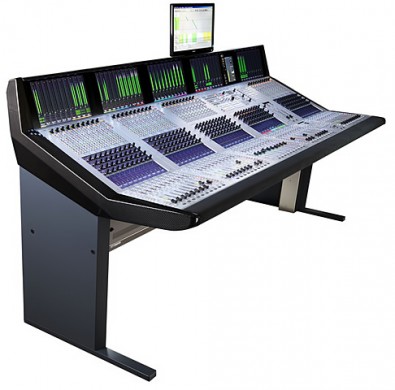 The Broadcast Bridge: The DIOS technology — is it software that works with any of Studer’s consoles?

Mark Hosking: Yes, it works with all our consoles, both older and newer models. It is all software and will run on a server. The broadcaster’s engineering department can choose where it best for the software to run. It is a controlled system for managing signal paths. Our core vision is to look at the workflow and the challenges there, find where we can offer efficiencies and provide a control environment that can encompass all those things.

We are still testing DIOS and have installed it over the last six to nine months with various clients. We customize it for each installation. Potentially, it will never be finished because the permutations of what the broadcast environment will be like in the future are unknown. DIOS will be an evolving system that will encompass change as it goes along. This isn’t going to a product that you buy off the shelf. It will be tailored for the requirements of each client. It is really a software enabler for workflow enhancements that will encompass all the virtualized, distributed mixing console environments and the third party equipment that will be part of that signal path to and from the console.

The Broadcast Bridge: DIOS seems to be a sort of smart router.

Mark Hosking: The router will still be there...it’s about how you manage the cross-points on that router. If you look at the way our consoles are evolving, you’ll have a mixing surface and a DSP engine. It could be a hardware box or virtualized into the networking infrastructure of the broadcaster. We believe that the virtualization of the mix engine will occur reasonably quickly going forward. We are already talking with some broadcasters about having a server farm of DSP that we can connect our control surfaces into whether they are in the same facility or not.

The Broadcast Bridge: Do you believe broadcasters will adopt IP infrastructures quickly?

Mark Hosking: We don’t think the whole world will disappear into an IP network. It is going to be a hybrid environment across the broadcast infrastructure. You will still have microphones coming into an input or AES running around the facility. The desire is to move more toward the networked environment, but it will not happen on a complete basis. Our older consoles will have the ability to be part of this environment as well.

The Broadcast Bridge: Studer has recently introduced two new products: The Glacier and Micro control surfaces. How do these devices relate to what you have described?

Mark Hosking: Glacier is new design of control surface. It is a modular, IP-based surface that was designed initially as a replacement for on-air radio consoles. Glacier allows more workflow directly from the surface itself. In a multi studio facility, the user could have a Glacier module in each studio. But for the occasional larger production, the user could actually move the devices to one studio, connect them together to create a much larger control surface. The Glacier itself will run on the same backend as the Vista. As we move into the world of virtualization — taking our engines into an IP server farm — the Glacier will benefit from that as well. 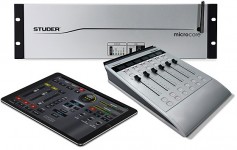 The Studer Micro Series is a compact and cost-effective digital audio mixing system that provides the features and functionality of a high-end mixing system. Click to enlarge.

Micro, on the other hand, is a way for us to go after the lower-end radio market. Where Studer has been considered among higher-end products, we wanted to get something a bit lower cost into the marketplace. We had some technology in the Harman group that we harnessed and made a very high quality product at an economical price point. It was designed as a radio product and the first software release will be exactly that. 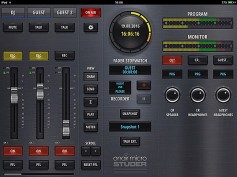 But when we’ve shown it to a wide variety of people, they’ve picked up on the fact that this product is more than that. The Micro is a rack-mountable engine that can be operated with a controller or controlled by a tablet. It has inbuilt I/O and Dante. So you can start thinking about it for remote production. It can be off-site and controlled over the internet from the main broadcast control room. It’s a multi- faceted system that we’ve developed.

The Broadcast Bridge: It seems that Studer is moving away from selling single, high-end consoles to creating customized systems that can be adapted to any type of broadcaster facility.

Mark Hosking: If you think about it, there are two aspects to this. Where Studer used to sell mixing consoles, we now sell systems. That’s the conversation we are having with customers. It’s not so much feature-based anymore, it’s now infrastructure-based. That’s the biggest change that we are going through right now.

The other aspect is we are building the broadcast vertical market through the Harman environment. We are beginning to talk more about the full solution when we talk with customers. We combine the Harmon brands, whether it’s Studer, JBL, AKG, BSS or even studio set lighting with Martin. We are looking to evolve an entire broadcast portfolio here.

Everyone that buys Studer consoles also uses speakers and microphones. So we try to also sell JBL speakers and AKG microphones. Also, there is some sharing of the technology between Harman’s brands going on. For example, BSS’s graphic EQ and Lexicon’s effects technology is integrated into some Studer products. Some product lines share similar circuitry, while some is brand specific. We are now looking for new ways to provide better Harman solutions to our broadcast customers.