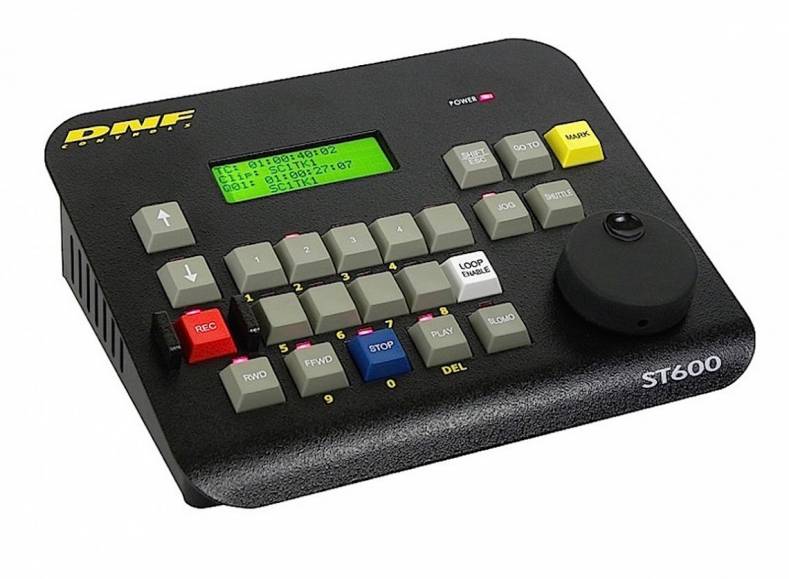 DNF Controls systems can be found in almost every network in the country.

When it comes to control interfaces, either human-to-machine, or machine-to-machine, DNF Controls probably has an answer. “And this includes virtualization, IP infrastructure and the Cloud,” Dan Fogel, CTO of DNF insists, “which covers pretty near everything in broadcast infrastructure.”

Actually, DNF control systems are so ubiquitous, Fogel says, they have a major presence in just about every network in the U.S.--both cable and terrestrial.

If you visit their booth during NAB Show 2017, the first new introduction Fogel will like to show you is their Virtual GTP-30 part of DNF’s control processor line, with IP-based control over video/KVM routers, production switchers, multiviewers, servers and DDRs, graphic devices, and tally systems.

“By simply using our Web page for configuration, with the GTP-30 control processor even non-software engineers can create very elaborate control systems for anything within or without a facility,” he explained. “As we move into a virtualized world, the GTP-30 is the next step from our GTP-32 which, in addition to IP, has physical I/O in the form of GPI (General Purpose Input), GPO (General Purpose Output) and serial ports.”

Next Fogel will direct you to the IP Control Buddy.

The IP Control Buddy controls almost anything from anywhere

“It’s a very small package with 1, 2, or 4 LCD buttons powered over the Ethernet with 4 GPI’s, 4 GPO’s and a serial port,” he said. “With its Web configuration page, you can control almost anything with it. And now we have gone the next step by adding DHCP (Dynamic Host Configuration Protocol) and DNS (Domain Name System) so we can interface into Web services and send HTTP post-style commands to drive them.

Then if you can spare another minute in the midst of the Convention Center crowds, Fogel will lead you to their new ST600-KIPRO.

“Humans are tactile beasts,” he explains, “and this is the only Ethernet-based, tactile control panel for AJA’s Ki Pro DDRs.”

Hopefully, you’ll also get a look at DNF’s new USP3-TSA, which turns any touchscreen monitor into a universal switch panel for television or radio. Call it an Anywhere Interface Box (AIB) to control multi-viewers, or a virtual Universal Switch Panel (USP) to execute multiple user-defined actions.

There will be lots more to see at the DNF exhibit during NAB Show 2017, including their enhanced SPYDER Shotbox, a new DPI Signal Monitoring System and the newest rack-mountable addition to DNF’s popular SW2X1 Control Routing series, the SW2X1-9 A/B Switch Card.

Feel free to linger at the DNF booth. After all, these are Darn Nice Folks.