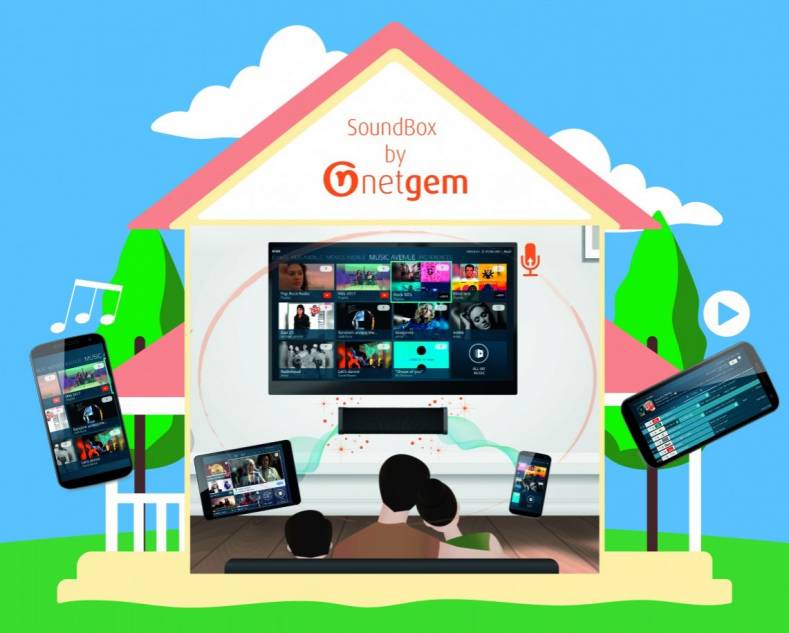 Netgem, a French provider of TV platforms for Telcos, has reached out to mobile operators with an integrated home platform combining connected speaker with set top box functionality as well as a voice driven UI compatible with Amazon’s Alexa.

Given the target market, the company has chosen Mobile World Congress (MWC) 2017 rather than a broadcasting show such as NAB to launch what it describes as the first in a series of such hybrid home boxes.

The idea was inspired by the growing trend for separate audio systems to complement the current generation of flat screen TVs which are too thin to accommodate high fidelity sound systems of their own. This led to the evolution of sound bars which can be physical extensions of the TV but are increasingly separate systems. Netgem has taken this further by incorporating the set top box and also tackling the proliferation of media apps which are making it harder for users to find the content they want to watch quickly when accessing OTT services.

“Our aim is to resolve the growing ‘digital clutter’ in the home,” said Shan Eisenberg, Netgem’s commercial director. “We thought the set top box was a good place to start, but we are also taking account of the way entertainment is evolving with convergence between music and video for example. Now 40% of music streaming on YouTube is ‘music watching’. There is now a whole generation ‘seeing’ music on smartphones and tablets. This led to our SoundBox proposition, exploiting the trend to put the intelligence in that device instead of the TV.” 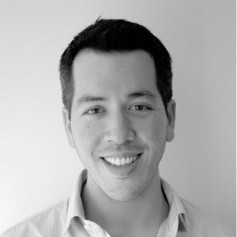 Netgem is focused on resolving digital clutter, according to its commercial director Shan Eisenberg.

Netgem has extended this idea by bringing in the set top functionality as well, along with software aimed at resolving the app proliferation. The latter has already been demonstrated with one large client, BT’s mobile operator subsidiary EE, which has deployed the technology to convert apps into linear channel numbers to make it easier for users to navigate around its TV player. This was without the SoundBox, which would now be available to EE as well as other mobile operators as a way of entering the home TV market with an OTT proposition.

The box is aimed primarily at mobile operators that are not also in the fixed line business, as a low-cost entry into the smart home. “We believe many mobile operators don’t want to make the investment to be in the fixed market, but have the appetite to own the household,” said Eisenberg. “With a branded unified entertainment experience, mobile operators can get into the home without having to invest much in either content or hardware, because our product is software based.”

Greatest interest so far has come from Telcos in developing markets, according to Eisenberg, because their mobile networks are often the only viable or affordable broadband option in the absence of extensive and reliable fixed services. But the box is also being positioned more widely as a point of entry for operators into the future smart home around the Internet of things (IoT), with Netgem plotting further functions in addition to the voice UI, such as home security. But Eisenberg stressed that entertainment would continue to be the highest value category of IoT for the foreseeable future so that Netgem’s main focus would lie in bringing out further versions of its box optimized for video and audio. Options could include an Ultra HD version and incorporation of a hard or solid state drive for personal storage and recording.